Total views: 0 times this week / Rating: 6.84/10 [19 votes]Album: It Takes a Nation of Millions to Hold Us Back / Original Release Date: 1988Genre: Hip Hop/RapSong Duration: 3 min 48 sec
Public Enemy - She Watch Channel Zero?!
He Got Game Louder Than A Bomb Black Steel In The Hour Of Chaos Welcome To The Terrordome Super Agent I Crash Get Up Stand Up Run Til Its Dark Megablast
She Watch Channel Zero?! video Public Enemy twitter


Flavor Flav:] You're blind baby you're blind from the facts on who you are
'cause you're watchin' that garbage.

[REFRAIN:]
I don't think I can handle
She goes channel to channel
Cold lookin' for that hero
She watch channel zero

CHORUS:
She watch, She watch [4x]
[Flavor Flav:] Yo baby, you got to cut that garbage off. Yo! I wanna watch
the game. {Where's your doin'} Hey yo, lemme tell you a little som'in: I'm
'a take all your soaps, an' then I'm gonna hang 'em on a rope. You know what
I'm sayin'? 'Cause that garbage your watchin' don't make no sense. Hey yo,
lemme tell you a little som'in baby: I'm 'a take your set an' I'm 'a throw it
out the window. G's.

2, 7, 5, 4, 8 she watched she said
All added up to zero
And nothing in her head
She turns and turns
And she hopes the soaps
Are for real - she learns
That it ain't true, nope
But she won't survive
And rather die in a lie
Falls a fool - for some dude - on a tube

Trouble vision for a sister
'Cause I know she don't know, I quote
Her brains retrained
By a 24 inch remote
Revolution a solution
For all of our children
But her children
Don't mean as much as the show, I mean
Watch her worship the screen, and fiend
For a TV ad
And it just makes me mad 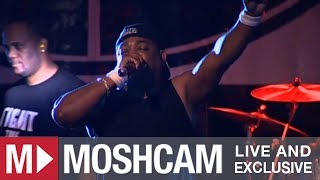