Oh what a brave soul. He’s proud to be straight,
But like a host that feeds, bigotry inebriates.
And no one is ever been compromised
For being a white, straight male with two blue eyes.
And thus, a declaration of unwavering pride
Walks hand in hand with Jesus, matching every stride.

Fear the vengeance of a changing tide.
Fear the gap in your conscience that’s ten miles wide.
Until you’ve suffered persecution and defied
Misguided accusations, you’ve no right to your pride.

Those that are truly afraid are ashamed of their own urges. Where sex gets buried under rope and cloth, rhetoric emerges.
Reconcile the truth. Recognize the true deviants and sing,
“Father forgive me for I have sinned.”
He might not forgive you, but I will.
Repent of your ways and we will forgive you.
There are no exceptions, no red flagged rejections, just open doors.
For anyone at all, unversed and underwhelmed.
For anyone at all, disarmed and disavowed.
All hail the knight of the verbal incontinence,
Tilting against windmills into the night.
Inanimate objects, they do not pose a real threat.
Your objection will surely be noted as a historic account of an ignorant prick.

Inanimate objects, they do not pose a real threat.
If it’s a sin against God or you, then f*ck him, and f*ck you too... 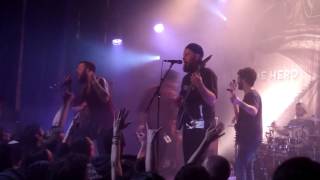