[Tity Boi:]
They wanna know where my name from, where I came from
Where I Florian Champagne dunn
Arm & Hammer grammar, campaign on it
Propane slang, put the flame on it
I was so hungry, I could eat a house
Then shit it out, til I figured out a different route
I'm tryna get clout, cash and a Black card.
So now even my pool got a backyard
Now it's time to fast-forward, speed up the process
I'm so fresh, I could f*ck her off my outfit
Ridin in the cockpit, ridin with the top back
Ridin on some butt-nicks, ridin they say, "What's that? "
... A fancy car
Or a big tit, I hang with the stars.
[overlapping first line of chorus] I got money.

[Dolla Boy:]
Life as a trap star, switched to a rap star
Livin on the fast lane, like I'm in a NASCAR
Switched up the game on 'em, keep it in the carry-on
Out of state travelin, traffickin
Travelin to Golden Isle, f*ckin with the Africans
Two G's less what averagin, averagin
Don't blame me baby, I'm just my daddy's son
Know when he shot off, didn't think that I'll be shot out
Or show-off who show out and showboat when hoes out Who know bout them knowbouts, once in ain't no outs
My buddy had the block lockdown, it was his
Now he in the cellblock lock doin ten
It's bad for the biz, but still we gotta get cheese
Butchu don't care about that, you just care about me
You don't wanna hold dough, you just wanna hold me
But shawty when you hold me, you hold me for me
It cain't be cause...

[Dolla Boy:]
It's all about the riches, nuttin else
You want it, go get it, strive for the best
I drink from the top shelf, flights in the first class
Hunnid on the freeway, hope a nigga don't craaaash.
Cause if I might, I'm gon miss my play comin thew' tonight
Twenty-fo' for them hoes, fangs hope they bite
But, in spite, we love life

[Tity Boi:]
Started from the bottom on the way to the top
From ashy, to classy, to flashy
Money is my motivation that moves ME
I feel GOOD, I'm just tryna do me!
And if thangs right tonight, I might do three
Cause last night, I did two, who?
Sanaa Lathan, Gabrielle Union
I'm just foolin; I paid my dues and I live like the movies

[computer woman voice:]
"Niggers act, like they cain't see what another nigga been through
And don't give 'em no credit for surviving his battles
But I say, 'f*ck 'em – look at me now bitches! '" 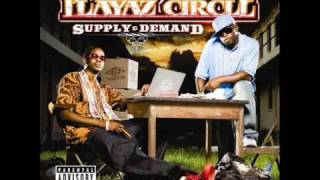