[Intro: 2 Chainz]
You know, we back
I know a lot of y'all feel like
We never was here, “Talking bout ‘you back'”
Thing is, myself, Tity Boi, and my dawg, Dolla
We been on the grind for a long time, man
Constantly, constantly in the studio
Grinding, working on our craft
Constantly, constantly in the trap
Grinding, counting up that math
I mean, I can go on for hours about
What it took for me and Dolla to get here
You know, everybody got a story to tell

[Verse 1: 2 Chainz]
Jealousy moving the world like get another felony
I'm losing my girl, that's what the judge keep telling me
I'm hanging around like the letter D, I'm what whatever be
You see, I'm something that you never seen
Dear Mr. L.A. Reid, “Duffle Bag” is just a seed
Hope you see our vision, there is no competition
If I wanna battle someone, I look in a mirror
And I go at myself, I gotta back myself
I gotta bag Jennette, and help Mr. B
You know I'm down with Key and God is my referee
In this game that I'm playing, who's next but me?
See, my future looks bright as a tangerine
You shoulda seen where I came from
It's not the same song, dirty dishes in the bedroom
36s in the bedroom
Dirty bitches in the bedroom, should I continue?
“Duffle Bag Boyz” and they ain't even believe you
Then Wayne sung on it and they made it a single
One thing's for certain, yeah, I do my thing too
The car's foreign, so it's bilingual
I'm on my Boosie, talking to amigo
I'm somewhere geeked up, talking to eagle
You know it's me, though, yours truly Tity 2 Chainz, Duffle Bag Boy, salute me

[Interlude: Dolla Boy]
Yeah
Tit, I feel ya, dog
We gotta let ‘em know, man
But I can't keep talking to these folks
I'a show you what I do

[Verse 2: Dolla Boy]
State don't got a case, the feds threaten to come in
Conspiracy holding weight, they tryna get me gunnin'
There's a lot y'all don't know about me
Gave em crackers two years, they tryna get some mo' up out me
Pop just got knocked, dealing with some new cases
Whole fam hot now, it's hard to show our faces
What am I to do? Just tell Big roll up?
And just pray to God that the trap don't slow up?
But rap done picked up, it's all about the “Duffle Bag”
I remember couple months ago, when it wasn't that
Don't get me wrong, dog, ‘cause you know we loving that
But if it wasn't that, we would still love rap
We would still come rap, we would still run traps
We would still look at y'all like we the number ones, jack
Real talk, nobody gave a shit like the last three years
And on the real, dog, we still here
They gotta say something that gotta mean something
They gotta show ‘em Duffle Bag Boyz ain't fronting
It's all about the money, I don't care to know y'all
I lost my right-hand man, life without a forearm
So I gotta move on, it's hard for me to go on
Hope you get the picture, but if not, we have to show y'all
Show y'all, for all, for y'all, know y'all will love it
Dear Rap World, this is our introduction 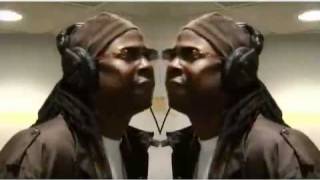