She was once a princess, but now she's a mess
Fiend for a fix like a restless
And the sex won't puck it less
When she was a sweet thing, nevertheless
Back in the day, sexually abused as a child
She was surely likely to end up this way
The past lived in her dark parts of her brain
And only having... took away the pain
So she folded the pain, and lit the flame
Inhale, exhale out one again
She's on the game, the... love a face,
Just lock the name
With only yourself to blame, she lives as hell
But there's a million other girls just like Michelle
Out in the streets with nothing else to sell To do desperate mells, of a denim sells so
No wonder she's a thief to boot
And the cost of searching things she can loot
What it's worth to her and what it's worth to you
Any other way, rhyme vice first the truth
She's ignited, plus she got a support habit
And she resort towards source of...
Even to... she's always out... she spares no goodbye

I've been tracking myself to know with the lone
For such a while, I just don't know
Cause the path I've take it's something I can't change
Or what step in my way, it's a deepest shame. 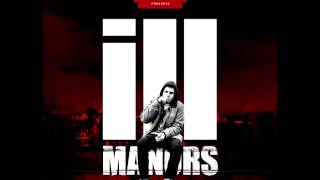