Talking Vietnam
Phil Ochs
Santo Domingo There But For Fortune The Marines Have Landed On The Shores Of Santo Domingo Ringing Of Revolution Power And Glory Love Me, I'm A Liberal Is There Anybody Here I'm Going To Say It Now Cops Of The World Changes
Phil Ochs wiki Talking Vietnam video Phil Ochs twitter

Well they put me in a barracks house
Just across the way from Laos
They said, "You're pretty safe when the troops deploy
But don't turn your back on your house boy"
When they ring the gong
Watch out for the Viet-Cong

Well, the sergeant said, "It's time to train"
So I climbed aboard my helicopter plane
We flew above the battle ground
A sniper tried to shoot us down
He must have forgotten, we're only trainees
Them Commies never fight fair

Friends the very next day we trained some more
We burned some villages down to the floor
Yes we burned out the jungles far and wide
Made sure those red apes had no place left to hide
Threw all the people in relocation camps
Under lock and key, made damn sure they're free

Well, I walked through the jungle and around the bend
Who should I meet but President Diem
Said you're fighting to keep Vietnam free
For good old democracy That means rule by one family
And 15,000 American troops, give or take a few

He said, "I was a fine old Christian man
Ruling this backward Buddhist land
Well, it ain't much but what the heck
It sure beats hell out of Chiang Kai-shek
I'm the power elite
Me and the 7th fleet"

Said, "If you want to stay you'll have to pay
Over a million dollars a day, but it's worth it all, don't you see?
If you lose the country you'll still have me
Me and Syngman Rhee, Chiang Kai-shek, Madam Nhu
Like I said on 'Meet the Press'
I regret that I have but one country to give for my life"

Well, now old Dien is gone and dead
All the new leaders are anti-Red
Yes they're pro-American, freedom sensations
Against Red China, the United Nations
Now all the news commentators and the CIA
Are saying, "Thank God for coincidence"
Explain lyrics
Correct lyrics 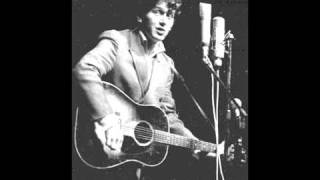