Phil Ochs
In a building of gold, with riches untold,
lived the families on which the country was founded.
And the merchants of style, with their vain velvet smiles,
were there, for they also were hounded.
And the soft middle class crowded in to the last,
for the building was fully surrounded.
And the noise outside was the ringing of revolution.
Sadly they stared and sank in their chairs
and searched for a comforting notion.
And the rich silver walls looked ready to fall
As they shook in doubtful devotion.
The ice cubes would clink as they freshened their drinks,
wet their minds in bitter emotion.
And they talked about the ringing of revolution.
We were hardly aware of the hardships they beared,
for our time was taken with treasure.
Oh, life was a game, and work was a shame,
And pain was prevented by pleasure.
The world, cold and grey, was so far away
In the distance only money could measure.
But their thoughts were broken by the ringing of revolution.
And the clouds filled the room in darkening doom
as the crooked smoke rings were rising.
How long will it take, how can we escape
Someone asks, but no one's advising.
And the quivering floor responds to the roar,
In a shake no longer surprising.
As closer and closer comes the ringing of revolution. So softly they moan, please leave us alone
As back and forth they are pacing.
And they cover their ears and try not to hear
With pillows of silk they're embracing.
Tthe crackling crowd is laughing out loud,
peeking in at the target they're chasing.
Now trembling inside the ringing of revolution.
With compromise sway we gave in half way
When we saw that rebellion was growing.
Now everything's lost as they kneel by the cross
Where the blood of christ is still flowing.
To late for their sorrow they've reached their tomorrow
and reaped the seed they were sowing.
Now harvested by the ringing of revolution.
In tattered tuxedos they faced the new heroes
and crawled about in confusion.
And they sheepishly grinned for their memories were dim
of the decades of dark execution.
Hollow hands raised; they stood there amazed
in the shattering of their illusions.
As the windows were smashed by the ringing of revolution.
Down on our knees we're begging you please,
We're sorry for the way you were driven.
There's no need to taunt just take what you want,
and we'll make amends, if we're living.
But away from the grounds the flames told the town
that only the dead are forgiven.
As they vanished inside the ringing of revolution.
Explain lyrics
Correct lyrics 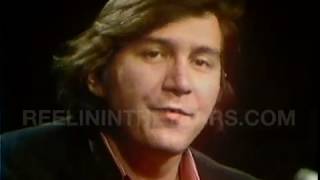