In The Heat Of The Summer Lyrics

In The Heat Of The Summer Lyrics


Why the windows were shattered
But deep in the dark, someone set the spark
And then it no longer mattered


All the tempers were ragin'
Oh, where, oh, where are the white silver tongues
Who forgot to listen to the warnings?


Drunk with the lure of the looting
And the memory of the uniforms shoving with their sticks Asking, "Are you looking for trouble?"


"It's not the way of the order
Oh, stay in your homes, please leave us alone
We'll be glad to talk in the morning"


"Why the hurry to your hunger?
Now the rubble's resting on your broken streets
So you see what your rage has unraveled"


And the shame was replacing the anger
So wrong, so wrong, but we've been down so long
And we had to make somebody listen
In the heat of the summer
Explain lyrics
Correct lyrics 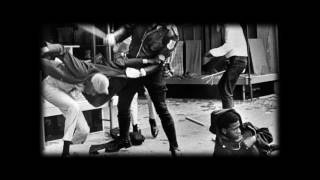