[Pusha T]
Where I'm from see us guys don't believe in luck (No!)
I can't believe what they doin' to my nigga, Buck
(Tryin' to hang my nigga!)
Facin' time, twenty-five to life
Twenty-five the same thing as life (You tell me!)
Only chips is to fight or to forfeit
Baby momma tryin' to make the mortgage
Daughters prayin', try'na put cha back up in the
portrait
Uh, it's like the tears never stop
When you was home it's like they smiles never drop
Collect calls with all the hopes of the best
And hang up with a knot in my chest
See, see your cell is my hell
My hell is our pain
The hurt gonn' never stop until we see you home again
And that's all we wanna see
Maybe in a dream, but not a memory
Forget that, hold your head man, head man
Last night what I seen made my life change

[Malice]
I was wretched, pitiful, poor, blind, and naked
(Filthy!)
So much so I had left my family forsaken (I'm sorry,
babe!)
A troubled soul whose heart was often achin' (Can you
forgive me?)
So much dough but my spirit ever so vacant
Foul and flagrant I was taken off course (I was lost!)
The road ahead should have ended me in divorce (I see
now)
But now I see clearly with the family of four
Never did I deserve a two-seater Porsche (Never!)
Heart filled with remorse, my life was such a mess Now I'm back on board, due to the Lord's GPS (I'm
back!)
One-eighty degree turn, whoever could've guessed?
Malice believe in his heart and out my mouth I confess
YES... more than blessed, I was choosen
I been on the troop, my wisdom is that of old men
Wasted so much time stuntin' for folk (Wasted so much
time!)
When really the whole time I was just stuntin' my
growth (Can't get that back!)
A message to the youth, what I'm offerin' is hope
Now somethin's gotta change. I'm at the end of my rope
'CAUSE...

[Pusha T]
Uh, Lord knows I done seen the worlds cold shoulder
Seein my future through the crystal-ball of bakin' soda
Oasis of hoes, my champagne supernova
The high life and high times, I watched 'em turn sober
Seen it all come crashin', crashin'
The Feds was at the door, and no they not askin'
Sayin' they found drugs, but they ain't talkin' asprin
Diesel design ones and I ain't talkin' fashion

[Malice]
Money hoes and clothes is Malice's past tense (The past
is past!)
All said forgiven, all you do is askin'
Even when laughin' I can't explain the hurt
Knowin' I can't change the world in a verse (I wish I
could!)
Even to my self I'm feelin' my screw's loose
But how can I deny what I know to be true? (I gotta
live with myself!)
When I didn't have a clue, shoulda viewed it as a gift
Now I see what they mean -- ignorance is bliss (I see
what they mean) 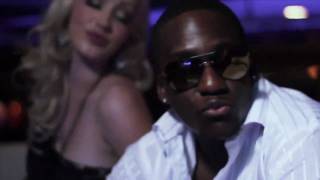