In 1965 Vietnam seemed like just another foreign war but it wasn't
It was different in many ways, as so were tose that did the fighting
In World War II the average age of the combat soldier was 26
In Vietnam he was 19
In-in-in Vietnam he was 19

In Vietnam the combat soldier typically served
A twelve month tour of duty
But was exposed to hostile fire almost everyday
Ni-ni-ni 19, Ni-ni-ni 19

This is one legacy of the Vietnam War

When we came back it was different, everybody wants to know
"How'd it happened to those guys over there?
There's gotta be something wrong somewhere
We did what we had to do 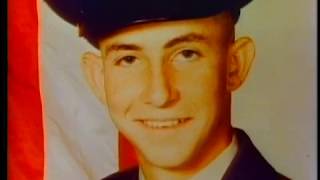