And I'm a star

Yeah, and I don't have to go to Hollywood
?Cause Hollywood come through my neighborhood wit cameras on
I really think they stealin' from us like a sampled song
I really wish one day we'd take it back like hammers home

The hurricane come and took my Louisiana home
And all I got in return was a durn country song
This whole country wrong, oh but you right
If you just put a little ice on and cut ya mic on

But you don't even write songs
But Hollywood make you spit like a python, I meant cobra
I'm so not sober, I'm high like a Hollywood
Coffee or soda, you can call me a roller

Hold up, your grill's glistenin'
Spent a hundred thousand on mine to feel different
What's the real sense of it? uh, bling bling I know
And did you know I'm the creator of the term
?I just straightened the perm??

They let it sit too long, they just makin' it burn
Make a movie of our lifestyle but they urn
Like a dead body burned on the mantelpiece
That's why I try not to lie on wax like it's candle grease

And I be's the little nigga, cooler than antifreeze
Defrost on your window pane, Lil' Wayne
But in Hollywood it's "Little" Wayne
It don't make me numb, so that's why I got a prenumb
I do

D is for what I serve, I don't be on no curb
She ain't no junkie neither, I ain't no dope dealer
But she keep comin' back, three stacks must be some crack
Put that pipe in her lap, she ain't know how to act

For what? So your kid's kid's kids can have some cheese
Can't get wit it? Git git, git git, git on your knees
?Cause wealth is the word, riches 'round the corner from the curb Don't like what I write, shoot me a bird

Tenth grade, the way was paved for me and Dre to create
Like Dr. Frankenstein of arts and crafts
Now could we make a-a-a difference?
Antwan Patton and André Benjamin
Been jammin' for you cabin rap niggas and journalists

That's quick to misprint public and private business
Then retract back for deaf ears and think it's dismissed
Part 2 - The Sequel, all new cast just ain't the same gang
Of nerds on the internet slandering your name

What about these lyin' ass hoes tryna plot
Or these niggas on the block who want the queen? Nigga please
But even she can walk we'll miss her we ain't gon' fake it
But God don't make mistakes, must be something bigger waiting

I do love you but you hate me at the same time
Lights, camera, action, it's game time
Do you take this here as your lovely wife
To love her and cherish her for all your life?

I solemnly swear to dare share and take you there
And me and you together baby we a lucky pair
It's been a long time, we walk a thin line
Others say they got you, but you been mine

As I sit back and watch all the cat fights
Domestic violence, is that right?
But you love the Dogg, gave me the spotlight
And now I'm goin' up, showin' up, blowin' up

I never ever thought that we would separate at all
But you played me, like a game of football
Used to feed me, need me, dress me
Now it's so messy, straight cut out and left me

Hollywood divorce
All the fresh styles always start off as a good lil' hood thang
Look at Blues, Rock, Jazz, Rap
Not even talkin' about music, everything else too
By the time it reach Hollywood it's over
But it's cool, we just keep it goin', make new shit

Take our game, take our name
Give us a little fame and then they kick us to the curb
That's a cold thang

© MY OWN CHIT MUSIC; 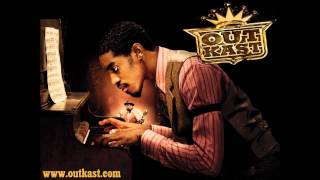