We On
Omar Cruz
I Hang With My Dogz Gangsta Music To The Top
We On (Ft. Compton Menace & Crooked I) video Omar Cruz twitter

We On Lyrics (ft. Compton Menace & Crooked I)

I clean the west side like it's nothing left from LA
And represent like if I was coast signed by Dre
I don't need the dumb, I'm on my own dick,
and if you ride the dot then throw a..

Yeah West side, get em up, east side, get em up
it's been the .. the west coast get em up,
I left this drug, I'm legendary that's my name,
I'll cruise motherf*cker, real will win the game,
I let win this scopers now rappers to hood
and when I represent they couldn't make Hollywood,
or if a real son and my flow bitches,
I got the .. switch up, cold bitches
south side as we run the whole trap game,
now this any G rappers tryin to gang bang,
yeah they really flags but they don't know about it
come out west OG show we write about it,
it's 6 foes and 6 golds and every set,
you cross the line, I promise you hoes you're getting wet,
we saw the end of streets up, now that if you get
so if you really down so I'm up and represent.

Yeah f*ck it, upon the f*ck up,
buckle of songs strap, running until my lock up,
backs up with the f*ck up,
bitches are f*ckin crazy, if they'll be stuck up,
haters I know they mad, and tell them to f*ck up, now when the money talk,
if I seen the old school for their gunny mouth,
to live and die in LA, and when the credit stay ever
that's what they say
and that casket better beg me a cake
to stack me a couple dollars, I'd better take it away
rounding round with.. what up?, you'll be cruising
suckers they let the haters, maybe because they lose
and these bitches be choosen, know that I keep that tool,
stand west coast shit, the of us call the coop in,
it's the.. live in god by the right.

Yeah we uh uh on
hate upon every second then mama ovulating,
speaking of birth my crew getting populating,
we hit the club we have for long bitches population,
this bitches don't, the dividend grow from ridiculous endless flow
the bitches know, the business get em hit em with the teenage poe,
speaking the teenage poe, we in this hoe,
y'all crook it out, homie call me chase money
so one hitting the belt, I'm calling my way sunny
I'm caked and f*cked up that's why the banks love me,
so much cake, I'm laughing with shit, ain't funny
throwing dubs, deep in your horse, Gucci rock the tip G
even though I can't afford Gucci
this guys work, this is the lord's movie,
west coast V add it crack before puki.

So this streets belong to us,
we been here, y'all motherf*ckes just business.
Yeah. 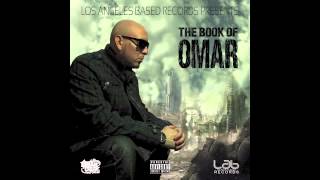 check amazon for We On mp3 download
these lyrics are submitted by BURKUL3
browse other artists under O:O2O3
Record Label(s): 2013 LAB Records
Official lyrics by