To The Top Lyrics

To The Top Lyrics


Whoo! Yeah It's ya boy O.
Cruz
This goin' out to all those muh'f*ckers that down with me from day one, man We're here now Let's ride out

It was all a dream My fantasy, for a young Latin kid Actin' like I was rappin' in front of thousands,
I laugh at it now
But back then, the struggle really had a grip on me
And all my family could really do was wish the best of me (Whoo!)
We had it hard, growin' up in the barrio
When muh'f*ckers would ride out and bury you with the saw
When they sense street light, I wrote my first song
Every single night in bed, I'm hearin' shots go off
But through the pain and sorrow, and all the cloudy days
I would find a way to make sunrays brighten up my day
Ignorin' all the bassheads and the one time
That's out to make us pure California sunshine
Even the homies that know me, they know I said it, "Solely Only for all my soldados, " mamis is showin' they chonies
(Ha ha)
Cause now we made it, we struggled to make it right
We hustle just to survive, we celebratin' this life (Come on)

So now, we mobbin' to the liquor store, for supply Same spot,
Where the homie took his last breath of la di So many funerals and rosaries, lonely nights
That's why the night, we smoke on somethin', toastin' [? ] life
So many rollin' with us, always ridin' so deep Range Rove, chrome feet, six-four, gold D's
The homies hold heat daily on the boulevard

There's hood insurance so we don't catch any bullet scars
So little mama, get your pretty ass in the back
Call ya homegirls, tell 'em, "We gon' be there in a half"
Top down, you know my shit got the best sound
The convoy in candy paint, headed west bound
Smoke in the air, got the Cali weed, everywhere
Blowin' in the wind, throwin' dubs up, we don't stop
Pull at a stop Little mama, wanna roll, let's go (girl) Where we going? Westward, hoe (Come on)

We hit the coast, dip in three wheel motion
The sun is gettin' close to the ocean, sippin' the potion
We posted, homie, I'm feelin' right
For all the hard times Everybody feelin' right
We had to get it tight
So now, we pourin' tequila, some drinking grey goose
Homies poundin' 12-packs, others sippin' gin and juice
Light up the don fire, player lit a O.
Cruz
Pour a little liquor for the homies cause we miss you Yeah 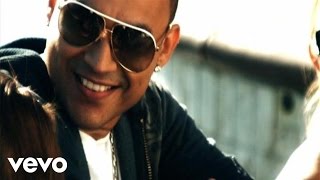 check amazon for To The Top mp3 download
these lyrics are submitted by kaan
browse other artists under O:O2O3
Record Label(s): 2008 Geffen Records
Official lyrics by