Most people's experience with the police isn't some sort of rose-faced "Dixon of Dock Green" type who goes around cuffing someone on the shoulder for nicking a rosy apple or something right. Their experience of the cops is: They ride around in riot vans all day(they can't walk anywhere. If they're so popular how come they can't wlak around on their own anymore?) They turn up five days after your house has been burgled and say they can't do nothin' about it right. They kick shit out of you up in a magistrates court on a Monday - that's the reality of the cops.

Sure, you know when the Nazis are marching, when they're out there, yeah, go and give them a f*ckin' kickin' 'cos tha's all they can understand, that's the only way to deal with them. There is no other way, to be sure.

I asked police to let us pass. I've spent 3 years in five different concentration camps and I know what Nazism is.

Burnside? Wanker, f*ckin' prick
Inspector Morse makes me f*ckin'sick
T.V. bollocks f*ckin' shite
Is this supposed to be real life???!
REAL cops are out harassing sabs
Killing in the cells and guarding torture labs
Racist bastards who push it too far
Till a riot explodes like a petrol bombed car

Beat me mate in the cells till he pissed blood
But now that copper's lying in the mud
And the boots rain in, HARD
That bastard's gonna wind up scared
And the girl who he once framed
Torched his car now it's in flames
This is the day we've waited for, all our anger out it pours

"But one thing! There was a lot of anarchists on the march and they were the, like, main ringleaders causing a lot of damage-
and
there was no need for that really."

"And again in London we've seen a cowardly mob of extremists who turn up with no intention of demonstrating against a cause - but they turn up to cause disorder and violence and damage."

Revolution isn't a thing that happens overnight. It's not a thing that - the orgasmic storming of Buckinghame palace and everything's alright in the morning, we've got a revolutionary society. We've got to realize that as things get harder - when we have a revolution, when we're headed towards a revolution things'll be harder still - And when we've obtained our revolution it doesn't stop-it continues on and on and on - It continues on until WE are the moderates. Right? When we are the moderates that's when we have a revolution. When ordinary people say "Anarchists? Ah, f*ck - they're a load of f*ckin' liberals-they don't believe in revolution at all, ah , f*ckin' hell they're useless, like, you know - Yeah, that's what I wanna see. That's what I'm f*ckin' fighting for.
Explain lyrics
Correct lyrics 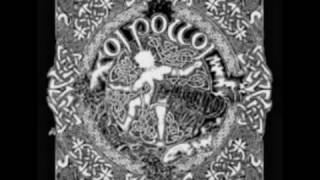