From Within The Fire Of Eternity Lyrics

From Within The Fire Of Eternity Lyrics


Following the dance in the morbid twillight, within the
fire of eternity is the salvation.
In rapture face the blessed skies, the heretic ritual
is now begun.

As a roaring demon striking the ground from the
darkened night,
From far beyond have come the spirits called by these
praises,
Emerging from the flames of blasphemies
At the time where the cult has taken its highest point
of abhorrence.

Violence and carnage are dancing in the beholder,
Blood and fury are waking from their sleep
Imposing the rules of the deepest pits,
The old laws of the flames of blasphemies.
Made from knowledge of yore,
From the past, time of darkened gore.
Satanism is the symbol of purity, from within this fire
of eternity.

Through the ground flows the cinders of infamy,
Salvation is in the eternal fire.
The reign of suffering will end tonight,
This requiem will clarify the soiled corpes.
In the light of fury burns the souls
Preparing for the rebirth.
Under the shades of the old trees... born to rule this
world... the antichrist...

From the night emerges the heretic chants... Unholy
spells of sorcery.
Inviting the chosen queen of the light to open the
gates and to invoke the purity of the dark,
In the circle of beliefs, the priests dance enjoying
the pain of the simple innocence.
Sacrificing the holy virgins of purest blood, onto the
reversed cross drip tears of suffering.
Unfolding wings of lies!

Reppelling to farthest horizon, the light will forever
be erased.
Howling of these nameless crypts, these cries will
remain in the twilight.

Vanishing the light into its graveless tomb,
Obscurity veils the realm cursing all existence.
The sun is dying in the nocturnal kingdom,
The darkness in this empire is eternal!

From within the fire of eternity awaits the immortal
elders.
Standing in the blue flames of blasphemy the presence
of evil is rising.
Beneath the brightest full moon, the wolves's cries are
the revelation
Of the coming of the greatest antichrist.
A darkened Martyrdom will born. 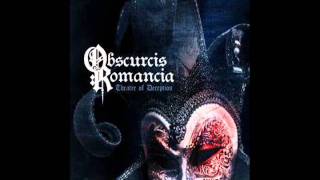 check amazon for From Within The Fire Of Eternity mp3 download
these lyrics are submitted by kaan
browse other artists under O:O2
Record Label(s):
Official lyrics by