Understandings Of A Micro Mind Lyrics

Understandings Of A Micro Mind Lyrics


[Song Intro]
So we end another classic on this note, another classic by yours truly. This is B/aQ Majik. Listen, I call what I do a classic because I know how much blood, sweat and tears I put into it. And I know it's been a while since you heard from me. I been on a little hiatus. Not really, I mean I constantly work on music, but I didn't put anything out for some time, and so for those who been waiting to hear from me, yes, that moment has come, I am finally back, and I had a whole lot of things on my chest I needed to get off and so here you go

[Verse 1]
Y'all lucky I'm productive
Y'all lucky I've been touched with a gift to fight with production
Otherwise it would be nothing for me to pick up a gun and to bust in the name of justice
Hold up, maybe I'm buggin'
Maybe they made me crazy
They slay me with a concussion
Now I want repercussions
Now I wanna see blood and your family eyes flooded
With tears especially your mothers
I wish death to your brothers and every sucker that loves ya, I hope he suffers
I'm in the comment section, vexed with the others
We having a discussion on how they be exing my brothers
I'm sick of this ridiculous wickedness plaguing this country
The news guided by the web, the web's guided by Russians
And so bots turn us to robots for governments
The progress we made we maimed the way they want it
Still thinking ‘bout a country, they thinkin' ‘bout planets
And planted our demise, we follow the way that they planned it
Dammit

[Verse 2]
I'm looking for a Oscar Grant to buy a pistol
So I can settle a issue with whoever got a issue Been looking at CNN and NBC news
And Fox on the box, getting mad at the previews
A prelude to the race war that we wait for
I can't wait for it, I been waiting all day for it
Waiting all year for it
Since Zimmerman killed the innocent kid, boy, I been itching to get on it
You know how they choked out Eric Garner
In front of everybody so they gon' perish darn it
I swear it's karma, hope they wearing armor
‘cause I'm here to defend Tamir's parent's honor
And I'll be waiting in the Charleston church for Dylan Roof
Praying for forgiveness first, I'm about to kill him too
In the booth, I plot to jot Nat Turner's diary
Inspires me to seek revenge whenever I read

[Verse 3]
I'm an outcast still ‘cause of black cats still
Followed by bad luck, ask Philando Castile
Oh you can't ask him because that cat got killed
In front of a baby they slayed him while his girlfriend filmed
Cowardly cop, shaking and waving the gun frantically
The woman in the car with the camera seemed less panicky
That man was murdered, and what was the verdict?
The same as the others before in the land of the serpent
Then the mass media turns it to fodder for the sheep
I seen ‘em on television, I count ‘em 'til I'm sleep
Excusing the inexcusable, you know the usual
Then get a coon to do what they can't, it's kinda musical
You're like a flute or a loop when the news is tuning you
There's nothing you can do but to go out and shoot a dude
That's what they recommend, that's what we wait to do
Said it will never end or maybe we'll think it through
Explain lyrics
Correct lyrics 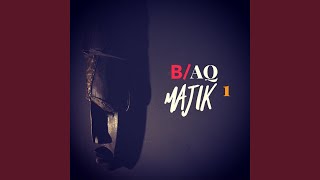