In the end, all you have is your legacy -- your art, your children, and the lives you touch

[Verse 1]
This ain't mumble rap, this ain't humble rap
This is [?] concrete jungle rap
This an emcee wondering how you come to that other than corporations keeping my brothers back
I'm an escaped slave from industry plantations
No wonder I don't fit in they playlist
Radio stations don't play this ‘cause I ain't buck-dancing
Or kissing the ass of some exec up in a mansion
Everybody bragging ‘bout their independent career
Glad you're finally here, I've been independent for years
Back when you house ni**as used to run to the label
And program directors got paid under the table
They probably try to lie and say that's nothing but fables
Of course you gon' sing it now ‘cause no one's gonna pay you
And cooning ain't cool no more and so you change tunes
While I been here singing the same tune

Yeah, no matter what they say, I'm ahead of my time

[Verse 2]
A product of Kemet, you prolly can get it from how I'm designing a sentence
And that was just a [?] for all of the critics
Who think I'm not as gifted as those who make it intricate
Don't get it twisted, kid, I'm just not a slave to the syllabic
I master space, and note rest
There's a universe in between where the notes mesh
Some of you technical rappers lack the gonads to go past the whole fast flow and do slow raps Tryna be Pun so bad you even grow fat and go back to using a notepad, that's so sad
Now I can keep going on with this whole path of rhyming words that's as dope as my dope ass
But that would only impress people with penises
A little alliteration for all the geniuses
A genius, second coming of a phoenix, kid
They fiend for this so I give ‘em just a teeny bit

No matter what they say, I'm ahead of my time

[Verse 3]
And yay though I walk through the valley
Of crack cocaine from Philadelphia to Cali
Then ghetto hookers hook up with tricks in the alley
Waiting for crooked cops to come and haul ‘em to the county
I swear there is a bounty for people of color that's in the struggle
And spite of the opposition, we still get it to bubble
Whether or not I get your support, I'ma hustle
By the might of Ra or the ancestor's muzzle
You can never muzzle the orator that stands in the corridor where truth order door
And just as sure as I stand before the Lord
Everything I touch will be tough like corduroys
Word to Chuck Berry, don't just observe, you must hear me
In theory, I'm one of the sickest with the theory
It's scary, it's damn near nightmare-y, it's night fury
Open your third ear, you might hear me 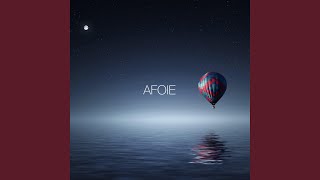