Get Away
O.a.r.
War Song I Will Find You Gift Try Me Crazy Game Of Poker Hangover On My Way What Is Mine The Fallout Something Coming Over
Official page O.a.r. wiki Get Away video O.a.r. twitter O.a.r. facebook


Is it me or does it seem that life just carries on?
Was it him who said that life is just a song?
I don't know what will keep me on this little Earth
I just might use the love that's all in the dirt

Was it you who said that my life is over?
Baby it was over from the bitter start
did you say that I won't be around downtown tomorrow?
Ah yes I will with a hardened heart 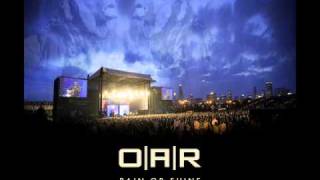 check amazon for Get Away mp3 download
these lyrics are submitted by musixmatch2
browse other artists under O:O2O3
Songwriter(s): Marc Andrew Roberge
Record Label(s): 1997 Black Rock Recorded Music, LLC under exclusive license to ATO Records for distribution in North America
Official lyrics by