[Verse 1]
f**k American greed, Rage Against The Machine
John Henry mixed with Bruce Banner with two hammers on this long road to financial stability
Going where ever the hammers take him
Feeling damaged as a Dr. Banner lab coat during the transformation
Sorry about my anger but since my graduation my education
Says that I shouldn't be struggling with the basics
Mass Communications spread messages through your playlist
f**kin Matrix got us lost in debates of Deja Vu glitches deciding a brothers fate but
Times have changed or have they not
In addition to subtracting each other it seems there's more to the equation than Cops
Confederate Flags risen beware the system
Police brutality the newest form of American Terrorism
The center of all media competition, your cameras aren't welcome in hind sight
The blind lead the blind and the blind show you the blind side
Don't get blind sided by rhymes flying from "Midus Minds"
Gold plated cranium tackle beats like a "Fighting (I)rish"
Designed to handle mics better than AI, that Art Official
Intelligence, your artificial, I'm an architect building the base to protect us from conglomerates
Soul selling apocalypse
This past years had, "Twitter Revolutionaries" too scared to smell the tear gas
Mothers getting pissed at their sons for looting and giving fear back...

[Hook] x2
These the last words of a righteous mind
How could I forget this, I bodied you
Holster where my pins fit
My word is my weapon they'll write my name in the sky
Being broke but braggadocious of a powerful mind

[Verse 2]
Police still killing our sons the War's intimate
Non-violent protesters get shot up by White Supremacist
Terrorist attacking on Paris it seems no end to it
We was just there in that city the fear's legitimate
The media place value on lives no word on Syria
Cops still killing our people delete the videos
Burning black churches he's mental he needs a hospital...
Is Heaven still the ceiling? It's been a bad year for humanity;
War, oil, money power and killing, how can we guard our children, f**k the government plans
Stage mass shootings so they can get the guns out our hands
It's all basic, if you open your eyes you'll see the Matrix
Turn down both of the pills and fight the anguish
I'll search for the answers myself, Divine Dangerous
Coward ass rappers declining to make a statement
It don't matter who we vote for the World is at War
The sides ain't clear media designed to blind us with fear
More prayers for the innocent, depending on race
You try to play God he don't fix your mistakes...
Muthaf**kassssss

[Hook] x4
These the last words of a righteous mind
How could I forget this, I bodied you
Holster where my pins fit
My word is my weapon they'll write my name in the sky
Being broke but braggadocious of a powerful mind 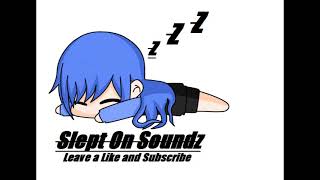