Another righteous trend,
now everyone wants in.
All alone in the crowd
I’ve got nothing to believe in.

And almost no patience
with even less time
for another form of hero worship
that leads to another corrupt state of mind.

Dig out the mold for a new model army.
Plastic and plush it doesn’t seem that hot to me.

See nothing but faces
and every smile hides a crooked grin
with a bag of empty promises
to give you something to believe in.

So surrender your indentity
and take the bullshit drag,
hold it forth like a swastika
and wave it just like a flag.

And as the lies somehow keep our dreams alive,
we seek redemption in self sacrifice,

but that’s no way to get to heaven.
You can swallow what you’re force fed and then invert it like a crucifix,
but it’s just another waste of time like religion and politics.

So do yourself a favor, either end your existence
or do it for yourself if you want to go the distance.
You know damn well you’ve been lied to before, now come on and confess,
this time what makes it any more or less
just a game when we’re nothing but toys?
So stand on a soapbox if that’s your choice,
but your meaningless ramble speaks with no voice.
And when the ethics get lost in all the background noise,

Wisdom walks in solitude but not by choice!

It’s time to search within yourself
and decimate these walls
of inconsistencies you’ve built
around yourself, right NOW!

And it holds just about as much weight
as a grain of sand.
Now watch the grip on my faith slip out of my hands
to leave me Listless,
Thankless,
Godless,
Faithless,
Faceless,
FREE! 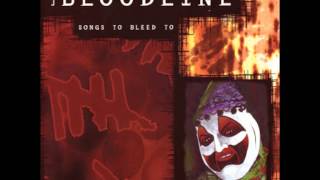