Light From The Car Lyrics

Light From The Car Lyrics


Bad bitch call me back again
Said I never wanna talk about the shot again, gone again
Never go on back, talk that shit I know you slack
Take this paper from my bank and put that shit up on yo lap
From the back, hit it from the back, hit you with that gat
Thought you said you back, thought you, thought you'd take a lap
All about the f*ckin' money
Know I said I'd be there now it's f*cking funny

Back now like a predator,
Come down fix that aperture, Bad bitch named like Laddera
Lights off wheres the camera?
Bout' to see the f*ckin' sea, I see the way you look at me
Truth is told through stories told 'bout kings and queens and enemies
Here's the key
I told that bitch to leave
I told that man at ease, told that, told that nigga please
Up north is where I make the shit you thought I'd never do
Now tell me that my f*ckin' shit does not apply to you, nigga

Dark dreams seem to fall
Thinking 'bout the light beams from the car
Know you want it
Shapeshift mind switch and we do it again, do it again, again
And you crossed that game that made you wrong
Still I see you walkin' all alone
Still I break that law that got us caught
Watch you make this shit I always thought, always thought yeah 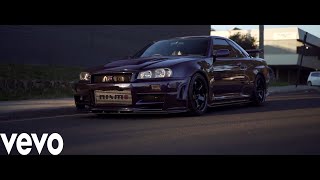 check amazon for Light From The Car mp3 download
these lyrics are submitted by itunes1
browse other artists under N:N2N3N4N5
Songwriter(s): Night Lovell
Record Label(s): 2017 Night Lovell
Official lyrics by