Bitch name Alyssa, still I'm gone with no swisher
Shots of rum in the picture I take the time get me richer
Got the thot so intact, dark from ground to the cat
Made a bill from the stack this shit got a pill for the back
Hit that bitch from the back
Say you run with the pack
Miss my face with that shit you say that you bring the f*ck back
Say I'm always so cold, told the story to know
In the facts that I say I'm livin' the north of the gold
I'm so ashamed don't run, don't you run
Thinkin' that you'd end this shit from excess to the gun
Burning in the light, from the motherf*cking sun
My ways to the stage don't you never f*cking fund
No stats, no practice, stay low, never a shit show
Takin stacks for the snow, I take your bitch and she know
Movin' fast, through the glass, never take it
Niggas talk, never walk and I come back straight to lacing[?]
Nab[?] that shit been dead, still you down your f*cking head
Seen with [?] I go down with thots in the back
Dumb ass nigga with the ruger
f*ck around and pop ya'
No I'm never gonna stop her
Cut the power
Where you a marker[?]
Tell, them, my life, always, down, from, the, crowd
Never, will I, make yo, ass, down, for the, town
Layin', on the, low, face, down, in the, bay[?] Sippin, gin, never, take, facts, to the, back
Let's go down to my niggas, tell me bitch, don't sing it
Tell me shit but that's counterfeit
Think I'm dumb cause then shit I lit
Momma said (four figures[?]) make it big no dealis[?]
Walkin' round', no trace of hit, takin' cash from yo dealer's shit
Chip slow for the back show bout' ten mil in 'Lando
Paint shit from thot shit you call me Picasso
Niggas say that I'm wack though, f*ck a bitch in yo' Volvo
White meat on my plate though white sheet to my peso[?]

Crack house sniffin' in the back though [?] dough
Niggas think they should plateau, come back in the same brand coat
Try me bitch if you can though, find me slick in a small boat
Touch my shit get cut throat, walk by swift with the same note
Nigga use a lie, claim you still the guy
I f*ck you up so quick and take your motherf*cking tie
Saying you should die, locked up in the sky
Restricted to the moves I want to make I never try 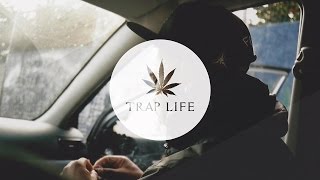