Ayy
Thinkin' as I count these f*ckin' days (These f*ckin' days), ayy
Tell me if I'm lookin' better (If I'm lookin' better)
Just the other night I was playin' with this Beretta (This Beretta)
I've just been so fed up (So fed up)
Ayy, ayy
My momma said I'm actin' kinda different (Kinda different)
It's probably all the shit that I've been missin' (That I've been missin')
I don't tell nobody 'cause I don't do any bitchin' (Ayy)
'Cause that's when all these niggas catch you slippin', ayy
Hope I find the truth while I'm alive (While I'm alive)
Before I f*ckin' die (Before I f*ckin' die), before I say goodbye (Say goodbye)
Before they tell me all the shit I did was just a lie (Just a lie)
This really ain't my motherf*ckin' life, ayy, ayy
Takin' out this new book every day (Day)
Writin' down my feelings 'cause it makes me feel okay (Okay)
Promise you I'd take you from that life you're livin' now (Ayy)
But then we hit the ground, the ground Ayy
They say that they're killers (Killers)
They just p*ssy niggas
We runnin' down your villas
Know they probably lookin'
'Cause they know that I'm cookin' (Cookin')
That's probably what they talkin' (Talkin')
Ayy, ayy (Ayy)
I wish I told you all that's in my head (Uh-uh)
Instead (Uh-uh), I lay you on this motherf*ckin' bed (Yeah)
Correct (Sheesh)
I don't give a f*ck what you expect (Expect)
So put your f*ckin' pride (Ayy) to rest, ayy
I saw you popped that now you movin' so slow
Pull up on me, tell me bitch where you wanna go?
It's 3AM and you ridin' me on the mof*ckin' floor (The floor)
6AM, and you tellin' me that you wanted so more, okay
I'm gettin' older and I'm losin' some friends (Ayy)
Thought they was my niggas but they don't make no sense
When you find out what you f*cked up, don't be textin' my phone, ayy
I like it better when you leave me alone, bitch
Explain lyrics
Correct lyrics 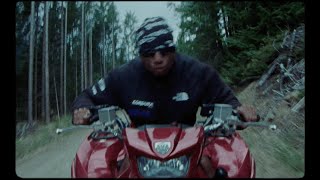