Rest Of The Day Off Lyrics

Rest Of The Day Off Lyrics


Totally wired and the game is up, I'm under the table
You carry my heart in the palm of your hand
As the clouds roll in, the party was rained out, open up to find
A man made home and by four o'clock
When the sun came out, we were beside ourselves

Two eyes that surrender the call
Might come, fire my anger and spoil the whole thing
Not much fun when the pressure's on
And your luck has gone but you squeeze my hands

You find the answer walking the dog down the south of Piha
Over and done, not a lot to say when the man calls up
The line goes dead and you're yesterday's news
I couldn't care less now, I'm here with you
We're the only ones left and we're flat on our backs

Taking the rest of the day off
You find it don't add up to much
When you're wrapped in a blanket of stars
With the one you love, hey

Like two shiny dogs, hey
With the one you love, hey, hey
Explain lyrics
Correct lyrics 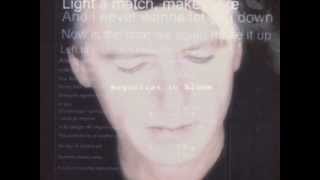