Set It Out Lyrics

Set It Out Lyrics


[Skinny DeVille]
Smoked the bong to the bang and got crunk
Shorty with the thong and the chain's about to get nutty
From my song and my hands, I ain't tryna be ya buddy
Let a player cut somethin *scratching*
Now it's on anything that got drunk
Skully took it strong to the brain, and I'm
Talkin dirty to this broad, "where yo' mayne?"
Think about it, till early in the mo'nin, bout 7:30
Get it on, split the Philly, light the blunt and hell it's on
If ya tryna get me, then hit me on my cella-phone
Really homes, take a hunnie with the silicone
Tighter than an S-Type sittin right on plenty chrome
Strong in the game, but not to play with anyone
Yeaga like to dance, but not just to any song
Gotta be the one, that rep well clear from
"No perm, no fade, no brush, no comb"

[Skinny DeVille]
Made the next call for the drink, and drank it straight to the head
Stuck on the wall, thumbtack, but what I shoulda did
Focus on the sack and sip just a little bit
Blame it on the Jack D, get back to the chick
Look I'm a mack, I think ya ass fulla shit
It ain't the liquor talkin broad, who ya think ya foolin wit?
Any nigga off the street, he game, school the chick
A hoe is a hoe fa sho', and any shoe'll fit
Call it what you want, blunt lit in the club crunk Drunk than a muh'f*cker, split tryna cut somethin
Quick now us want somethin, and the broad lookin thick
Whattchu think he slicker than the liquor tryna move his dick?
[Scales]
Now hold up; what? Stop; huh?
Somebody roll the weed up, feet up
V.I.P. lookin all G'd up, hair stay P'd up
Can't talk long gotta cut somethin, see ya

[R. Prophit]
Steady sippin on courvoisier
Ghetto type at the bar spittin the gossip-eh
That's all - lookin like Beyonce
Bout to cut, stuff brown in my cup (yeaga what?)
Hurry up dawg, tryna holla at these broads
Tell 'em I'm a playa, watch 'em cream in her drawers
Say I'm Randy Moss then her panties came off
Quicker than a wide receiver runnin out on a cross
Shake it off now!
[Hook: Skinny] - 2X 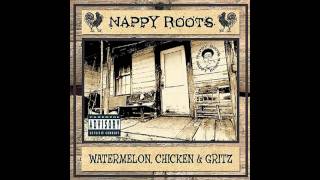 check amazon for Set It Out mp3 download
these lyrics are submitted by gsba3
browse other artists under N:N2N3N4N5
Record Label(s): 2002 Atlantic Recording Corporation for the United States and WEA International Inc for the world outside of the United States
Official lyrics by