I met you at the Jubilee perfumery, There was a rumour you and me were indulging in some rudery, It was true you see, Although it prudently eluded me, I'm a student of the University of Verse as-well as fert and free speech And weeks had gone by without so much as a by your leave, Well that's not strictly true, You said 'bye' and then you left... me, Bereft of hope that someday I might make you my own, Or take you to Rome or at least bake you some scones, But you left me alone, With nothing but my rhymes, And my palms and my numerous balms, But you abstained from my charms when I opened my arms, You're balmy surely to charm me cruelly, And make the cut of my jib unruly, I duly attempted a pass but you left me in the khazi on my arse I was vastly unaware of your intentions, For you were hiding something in your unmentionables.

I rather like the idea of you pleasing me, But I don't want to go out like Eazy-E, You handed me your number and said "if you want to call", But I'm afraid I rather had on my sherry monocle, And when I awoke, I was heartened to note I was at your place, I couldn't finish my porridge if I had to look at your face over the breakfast table, In confusion over events, So the conclusion it presents is to bloody run for it, So I bolted, revolted, to the door, But you jolted me to the floor in a rage, "I'm sorry old girl", I said, "but I'm engaged", This was perhaps not the best course of action to take, She grabbed a hold of my arm and said, "Stay or it'll break!", She let me up and made some allusions to love, But she had hands like bally wicket-keepers gloves, I gave her no reason to call me a ruddy pest, But when I went downstairs it was a bloody awful mess!
I thought you were a Hottentot, But you had a rather rotten bot! I thought I wanted you to call, But I was sporting my sherry monocle.

You had no need to call me a pest, But when I went downstairs it was a bloody awful mess! 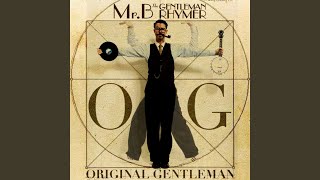