Your mama can't save you from the judge boy
You don't get a pass for tellin' just cause you young boy
Slum boy the niggas know where I'm from boy
Right there on the beach, where Grandma Lina used to stay
'You goin' to church with me', Grandma Lina used to say
Had to stay out her way cause Grandma Lina didn't play
You ain't never hugged a block, hundred day straight
One of the real fellas separated from the fake

Niggas in your circle is snakes, watch for 'em
They ain't rockin' out and expect you to rock for 'em
You ain't from the hood, how could you not know me?
Oh where the red dot at, how could you not show me?
All that money you owe me, you can keep it my nigga
All that broke shit is borderline thievery nigga
Mama used to ask me, what I see in you niggas
They're apart of this team and I'm keepin' them niggas

Aye, them dirty dishes in the kitchen, baby clean 'em up
It's residue on the plates and you can see the cuts
New phrase: "you ain't eatin', you ain't breathin' much"
They ain't livin', y'all ain't givin' when I needed something
Them Paypals was automatic when you need a 100
Purified through and through [?] bleed a hundred
Smuggled a couple onions on the South-West
And you know we bouncin' out behind them bounced checks
Very lucrative business, my account wet
Shoeboxes of gwalla, we still ain't count yet
And this is all 20,000 in that brown bag
Remember I was down bad, I was down bad
A whole lotta lotta cash on, a whole lotta gwap A whole lotta one-up tops, a whole chopp's
Whole lotta lotta shots, whole lotta shots
Get it in behind the squad, this a full time job 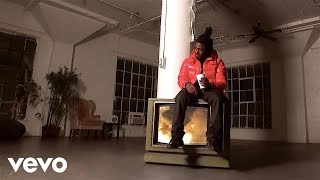