Property Of The Ave Lyrics

Property Of The Ave Lyrics

We them niggas
Can't nobody argue with us
The plug show me love when I bargain with 'em
f*ck them fools you be with I'm hella harder than 'em
They'd get me for murder if they could charge a nigga
Goon body, ain't nobody f*ckin' with us
Peace treaty typa niggas when they run into us
Shooters on deck like they 'posed to be
But I'll do it to the neck and let 'em know it's me
Hit him in the arm with a shoulder lean
Neckshot, headshot, nigga go to sleep
Package in the air, got him goin' deep
My 33rd nigga pullin up to pour a three
Reinvested every dollar I was 'posed to keep
Boys blurt, we gon' throw the squirter, shown feat
Auntie on dope, still smokin' D
But I love her like a muf*cka
On the B

Poppin' shit the f*ck up when it's time for it
Lil' nigga banged on me then he died for it
We don't do no pump fakin' when it's time to score
They gon' need more than four just to tie the score
I just counted twenty bands on her ironin' board
They say it's twenty on my head, what you lyin for
Still caught up in the field, baby breathe on me
Told the plug, got whatever he gon' need for me
I'm from the mids, couple niggas from the east love me
It's puddles in the cup, a nigga drink muddy
I think money when murder ain't on the mindframe
A dope fiend gave me a hundred
That's when my life changed
Airin' out the school gangs in the ninth grade
Knock his eyebrow off him if he trynna fade
Slutties give me sucky-face, hella trynna bang
Mouth full of dick, f*ck what a bitch gotta say 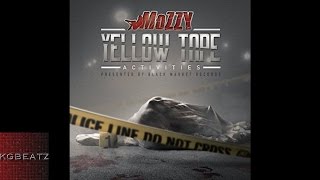 check amazon for Property Of The Ave mp3 download
these lyrics are submitted by itunes3
browse other artists under M:M2M3M4M5M6M7M8M9M10M11M12
Songwriter(s): Timothy Patterson aka Mozzy
Record Label(s): 2017 Black Market Records
Official lyrics by