[Verse]
Risk it all 'fore I sit and watch you suffer
False accusation got them people on my bumper, yea
I read your work and couldn't believe what I discovered
Cancer took her from me, hard to live without my mother
Ay, how it's "f*ck me" and I'm sposed to be your brother?
Still the uncle to your daughter, 'least my niecey know I love her
Gang culture, niggas dying over colors
That's how the people see it, they look at us like we demons
Ferragamo slacks, button-up outta Neiman's
I'm finna carry my dawg, I gotta bury my dawg
Heart-broken the day that I got the call
Don't act like you slidin' now when you was never involved
The fonk was never resolved, still spunky
I could leave the hood for forever, they'll still love me
I'm a child of it
Never divorced the trenches nor filed for it
He was just the driver but he the one that went down for it
They find a yeek in the foreign, who gon account for it?
He lost his bundle, I told him look in the couch for it
Count for me, every rubber band 10 bandicas
Canadians hit me, they want that candy girl in Canada
That's long ways from mama being a manager at Micky D's
Thumbing through this chicken nugget 50 piece
Somebody tell that nigga Ru I'm on this 50 East
I was high as shit and left the draky by his kitchen sink
Don't let them trick you off the street, f*ck what niggas think
Them 50 pointers ain't big enough, need a different link
Ay why them bags ain't movin' doggie, it's been a week? They won't accept me nowhere else, it's always been the P
I'm a child of Lena Usher and Miss Brenda P
Wit all the Mozzy chains together, mo' than 50 deep
Retaliation on my mom, won't let a nigga sleep
A firm believer in karma, that's why I keep a yeek
I just deleted all the leeches out my Rolodex
Uncle hit me feeling his necklace, he need a Rollie next
One of my dawgs lost his life playin' open chest
Men of color of kings, they never told us that
I know it's facts
Lack of understanding is what hold us back
Mama say, "They throw stones at you, you better throw 'em back."
Lil' overboard wit it cuz I did mo' den dat
I sent a sucka up to my brotha, I felt I owed him that
(?) millis was killas, but he ain't want it back
I was one-handin' it, lotta artery damages
Ay my addiction malicious, it's hard to manage it
That's why I tell the youngins, "It's nothin' that you should tamper wit."
Runnin' through this cannabis, thumbin' through all these bandages
Ham and cheese sandwiches, living with disadvantages
(?) state of mind in a bity that's full of skandalous
Homicide on me, I'm scramblin', ain't no panickin'
Ay never run from your problems nigga, go handle it
Ay speak of murder, them conversations are delicate
Ay shit be spooky when your closet full of skeletons
That's word to Poochie: I'm platinum, I never tell 'em shit
Explain lyrics
Correct lyrics 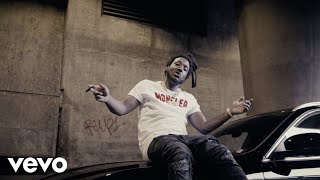