Woman:
When you're dreaming, you feel alive.

Demonic Voice:
The truth is so black. Once more, this is the message. Our way
of reasoning
gives way for our notable hour.This has always been.

The light pours over me as I run for cover. They tried to pull
me in, but I was
already there.

Woman:
Oh I had this dream one night I was like lying on my stupid
futon couch foldout
bed. And it was like really hot it just started summer, and um
it was really
hot. I had like no fan or anything. I was lying there and I had
this weirdest
weirdest weirdest like nightmare. I had this nightmare where they're like
dreams but they're not dreams they're real ya know you feel as
though you're
alive when you're dreaming, you think you're alive when you're
dreaming. I had
this dream where this angel was coming up, like up my fire
escape cause I don't
have bars on my windows cause I don't believe in bars on my
windows. And she
was there in my room I was lying there and she came and she
kissed me and I
woke up and I looked at Tom. Do you believe in angels? 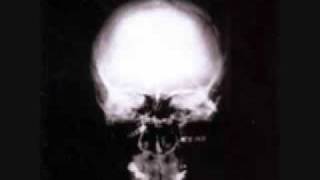