Let The Good Get Even Lyrics

Let The Good Get Even Lyrics


You worked all your life, you paid the monthly fee
every single time
you were told it was for pay that you would receive
when you were old and gray
but somewhere along the way, financial pirates took
control and your pension went away
the court says you “have no claim,” so where will you
run too? Who will you blame?

No one will listen to your story, no one to feel your
pain
and all of the things that they are saying, they sound
quite insane

Let the Good Get Even! Let's try that concept!
Disrespect the people who disrespect the rest!
The rest are the people just like you and me, we don't steal, wheel-deal, or kill, we work for that
money now

don't you work for that money?

Working all of the time to have just enough to be
watching every dime?
Oh! Minimum Wage! Take a look around at who is master,
who is slave
they just found a different way
but at the core they keep you poor so isn't it the
same?
Firing people for the bottom line, they are playing
with your life but they don't call it a crime

aren't you tired of the games they play?
Can't these people find a better way? 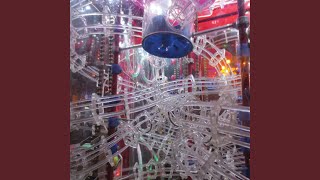 check amazon for Let The Good Get Even mp3 download
these lyrics are submitted by Jean-Paul Georges
Record Label(s): 2013 Mike Colin