His Father Before Him Lyrics

His Father Before Him Lyrics


HIS FATHER BEFORE HIM
© Electric Babylon Music Author: M.M.

The same aches and agonies; disappointments and desires, handed down
from the progenitor of the earth thru every son he sires, an object of
heaven’s ridicule from postpartum to postmortem, trying to appreciate
this beauty thru the haze of this soul stopping boredom.
Like his father before him he begets a son of these sins, but he teaches
his own forgiveness and this is how he makes amends.
At the dead end of his days; the few shareholders of his life, sons and
daughters friends and brothers and his widowed wife, doing autopsies on
their postmortem regrets and funereal groping, the devout with their better place the despondent merely coping.
Like his father before him he leaves the world of himself behind, and they
all wander in his wake with his make in their mind.
What were his living ruins; his stopped tongue can never tell, the dead
look so peaceful because the mortician is paid so well, but I have seen the
agonies that precede the mortician’s makeup, you were swallowed by the
nightmare from which I cant seem to wake up.
Like his father before him he leaves a grieving son behind, and I make a
shrine in this empty place left by this father of mine. 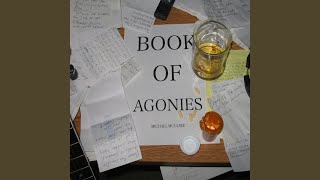 check amazon for His Father Before Him mp3 download
these lyrics are submitted by DK
browse other artists under M:M2M3M4M5M6M7M8M9M10M11
Record Label(s): 2015 Electric Babylon Records
Official lyrics by