Power to the positive people
Please push your panic buttons
Stop the press, it's those hypocritical judge
And condemning preacher, with pens behind the desk

We protest against their negative stress, time time
Time to get that shit off our chest, I know that violence
Don't fix drama, if you wanna have that good karma
Go ask your mama, did you uncover your third eye?

Click, click camera flash, freeze, frame a time
From the past or if I had a gat, I probably would blast
But livin' life like that, probably would not last

'Cause somebody one day onto them leave you left
Deep in the ground, your last tour date in a casket
With quadro sounds

The snitches, the bitches be takin' advantages
Of the chances that they be giving confidentiality
T-Bone gave a brotha love and he turned that shit into 10 gs

Uh-oh, with a direct line that goes directly live to the
Tonight show, where they prep like chefs
Cuttin' and choppin' with their fake ass voice-o's

Now they pack that shit in the publics nose
But ironically, my fellow peeps burn the trash up at our shows

Who sets the standards? Who sets the lines?
Who keeps feeding us ethnic separation tax
Levels n levels of occupation were all
Significant parts in this universal creation

See, we sick and tired of they tricks, we use in Voodoo
On the whole rag-mag click and that hardcopy shit here
We're gonna give 'em a real topic for the new millennium real quick 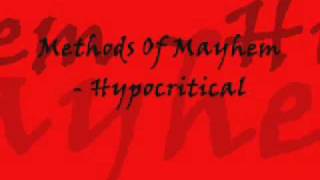