If I Only Had A Brain Lyrics

If I Only Had A Brain Lyrics


Suppose I accidentally got my shit together Would I get a medal? Or a pat on the back and a little feather I could stick in my cap or pin it to my shirt Go out in the yard and poke it in the dirt Or leave it in the woods where it couldn't be found If it fell over, would it make a sound? And if it did, would it be the sound that you like? Or should I do it over until I get it right?

You say everything I know is wrong So do me a favor, and play along for a minute As the rusty gears turn Don't be alarmed if you smell something burning upstairs It's a little BB rolling around in a box car See us together

Mr. excitement, never in a rut Johnny on the spot with an arrow in the butt Ouch! I guess your love is true Now, if I could only get a clue 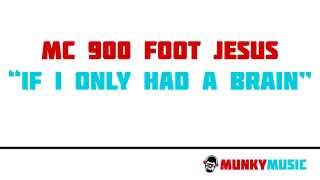 check amazon for If I Only Had A Brain mp3 download
these lyrics are submitted by kaan
browse other artists under M:M2M8
Songwriter(s): GRIFFIN MARK THOMAS