Walked into town, a guy in the coffee shop had a broken arm
I said, "How'd you do that," he said, "Too much dancing"
I said, "Never a better way to break your arm"
I said, "I almost broke my arm today too"
He said, "Yeah, how's that?," I said, "Weed whacking"
He said, "Yeah man, your face is pretty red and your arms are all scratched"
I said, "Are my eyes going bad or does it smell like someone went camping?"
He said, "Man you seem confused, like might need a little bit of napping"
I said, "Yeah, who's that in the background on the radio, rapping?"
He said, "They're called Sun Kil Moon, the album is called
Common as Light and Love Are Red Valleys of Blood
You've probably never heard of them
By the way, it's not the radio, it's Spotify"
And he said, "What's wrong, you look like you're going to cry"
He said, "What's wrong, you look like you're going to cry"
"No, I'm alright but that's right, I never heard of them
Are they black or are they white?," he said, "The singer is white"
But he's not sure about the rest of them
He said, "Man you look confused, can you count to ten?
Can you tell me if it's day or night, or what month it is?
Do you know where you are right now?"

And I'm reading Steinbeck's The Moon is Down
Is it me or somebody else in my skin walking around?
Did I once stay and watch the Cliff House burn to the ground?
Did I once make an album called Down Colorful Hill?
Will it pay ten dollars a pound?
Somebody hurry up and write the answer down
Split twenty thousand dollars I believe, not pounds Doesn't that make us the coolest guys in town?

Am I singing or am I talking?
What's your opinion?
Did you ever hear a guy called Phil Lynott from Thin Lizzy
Sing a song, let's hear it
If you did, you had to be crying
If you didn't cry, you're probably lying
We don't see eye to eye and if we don't
Let's meet at the halfway line
I'll do the fishing, you'll do the frying
What's important is that we all keep trying
That we don't keep hurting each other
Accept our differences
Let's find understanding and never stop trying

Hey, did you see the breaking news?
Are we smart or are we fools?
In my backyard there's a swimming pool, it's never used
Hey, there's a guy walking down the avenue
Pretty sure he's been through a lot
He always looks deep in thought
He always looks mildly distraught
I want to talk to him but I think I oughta not
I'm projecting his hurt, but I don't know nothing about nothing
Maybe he's walking to get a tea and a muffin
Maybe he's meditating, maybe he's contemplating
Maybe at the end of the road, someone is waiting for him

There's a lot to be grateful for at the end of the day
I'm pretty sure I got a lot of help along the way
Sure I could use this verse to drop a couple of names
But to me, you all supported me all the same
I don't forget who inspired me along the way

You turn on the news
Somebody's hijacking, someone's terrorist attacking
Somebody's hijacking a plane
An actor died and was no longer acting
I was dreaming last night that I was in a shoe store
And they sold suitcases too
But the one I liked was too heavy
I said, "Hey, got any socks?"
He said, "Yeah, they're up there on the shelf"
And they were a very good value

Then I woke up to the ladies above me yakking
Like the Golden Girls, like them they had squawking
They don't pause at all, it's nonstop talk-talking
I went up there and asked them, "Please keep it down"
I was kind and polite, I told them, "I'd like to sleep a few more hours"
They said, "Hey, you're the one who kept us up all night with your rapping
Who do you think you are anyway, LL Cool J?"
They were right, who the f*ck am I?
I'm just a guy making music for Spotify
The ceiling is thin, it's always been
It is what it is, and it's beautiful to be alive
To hear the buses going by
To see the raccoons crossing the street from the park at night 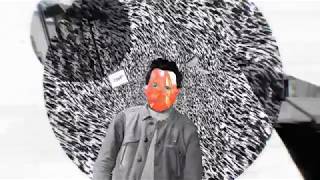