Saw I got call on Friday that my brother went
To the emergency room, he'd been rocked by nausea
He was dehydrated and colorless from anemia
And they laid him on his stomach to test the level of his pain
And on a level from 1 to 10
It came back 10
And they filled him up with morphine
But it had no effect on him
So they pumped him up with [?} instead

And they sent him home to his quiet humble home
In the middle of nowhere, some rainy Ohio road
I'm told that his basement is cluttery
And his weeds are overgrown
They sent him back to his quiet Ohio home

On Saturday night I called him
Though I was told not to, for he needed rest
But I called him anyhow
Because I've been so anxious and restless
I offered him a visit but I could sense from his listlessness
His spiritless tone
For now, he preferred to be left alone

Over the weekend I read "The Smile at the Foot of the Ladder"
To comfort me through this stressful family matter
Every 5 pages I had to leave my bedroom
To relieve my bladder
Thinking there's so much about being younger
That I took for granted
It's only about 50 pages and I read about 15 tonight
The clown Auguste is 40 years old, if I'm right

I remember when I was just about to turn 40
I was at a bar in Tampa when a girl approached me
She said how old are you
I said, "I'm pretty old southern belle."
She said, "Come on just tell me, I don't mind, just tell me."
"I won't mind."
I whimpered, "I'm 39."
She stepped back and said, "Ah you're not old.. yet."
And she walked off and she was exactly right
I wasn't old.. Yet

Well, my brother, my love for you is at 11
It cannot be described in words
My love for you is ineffable
I'm sitting here in a menagerie of guitars and cables and microphones
Thinking "Am I a shitty brother?" for not flying
But I respect your wishes to be left alone
I don't know what it means to feel the ache in your bones
But I wait for you to call while I listen to this nylon-string guitar drone Again, last night, I watched "When Nietzsche Wept"
Another sleepless night, worrying and fretting
But in the end, Dr. Breur said "my dear friend"
Nietzsche humbly said "We are friends, I like saying that. No one ever said this to me, we are friends."
And he wept and he wept like never before
"But we are 2 ships," he said. "Each of which has its own goal and its course,"
Then they parted ways and Nietzsche walked out the door

This morning I reread "The Smile at the Foot of the Ladder"
I wanted to read it again
In a state of mind that was slightly less distracted
The other clown Antoine, falls sick and cannot take the stage
He was a mediocre clown, who barely got laughs anyway
And then the retired Auguste steps in to take his place
And Antoine dies from a broken heart
From his tent he hears
Auguste receive thunderous applause, laughter, and cheers
And Auguste goes off into the streets
And finds everlasting peace
And when he discovered that to be yourself, just yourself
Is a great thing
And a cop beats him to death with a baseball bat
So much for Auguste's South American plan
And some witnesses come and flip Auguste on his back
And with a broad and terrific smile, he passed
His eyes open and gazing at the silver moon
And I closed the book and I called my brother
And said, "I love you."

I called my brother today to say I love you
He said, "They found a large kidney stone and next Tuesday they're going to have it removed,"
No need for laser treatments and I don't have to pass it through
I said "Are you sure you don't want me to visit and help out somehow?"
He said, "Please don't take this wrong but please, not this soon."
He said, "You keep working brother, I love your music and I love you,"
I said, "Okay, but now before I go to the fishing pier today and take some photos of seagulls for you," 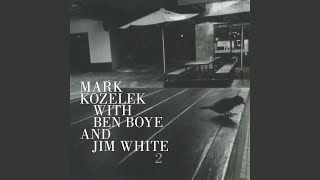 check amazon for My Brother Loves Seagulls mp3 download
these lyrics are submitted by BURKUL4
browse other artists under M:M2M3M4M5M6M7M8M9M10M11M12
Songwriter(s): Mark Kozelek