Jasper was fine but he had glass eyes
He crucified me with his pixie coloured lies
His hair was black, he had a bend in his back
He tied my cousin Eddy to the railroad tracks
The train it come, he started to run
Jasper C. Debussy that's his kind of fun
Jasper was born with a moth in his mind
The moth was too soft on the curtain behind
He startled the face of a friend of my girl's
He cut out her eyes and he wore them with furs
I get half the dues, wear my shoes Tonight you might laugh while crying the news
'Cos Jasper C. Debussy, that's his kind of blues

Jasper he dressed in the darkest of clothes
He wears scarlet pantaloons and five foot one inch hose
His face is like a rock and his eyes like the night
He's like a grim faced dog that's looking for a fight
Silhouette looks like a furry Persian rat
When you see him coming mama, you'd better run
Because Jasper C. Debussy that's his kind of fun
Explain lyrics
Correct lyrics 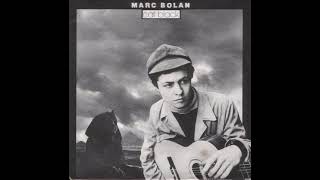