I'ma air some shit out
Anybody give a f*ck?
This, this is what happened

[Verse 1]
Yo
I can't help it that my brain broke
Silver Surfer spitting liquid mercury, I chain smoke
Back to making moves , rap until my veins pop
'Cause you ain't running shit if you're standing in the same spot
Where's the Super Beast? They're getting tired of asking
So I'm out here killing verses like you just hired an assassin
When I was young I did a lot of psychedelic drugs
You're saying that it has to end one day, I'm like "the hell it does!"
All I got to do is keep my f*cking head straight
And drop all of the dead weight and keep creating segways
And pay attention to these awesome opportunities
Get a handle on my shit and stop with all the awkward lunacy (yup)
So basically that means that there's no more room for errors
"Cause when I let myself down, that leaves my fans embarrassed (word up)
My ride or die's my friends, my family and my parents
So now I'm back and fully focused, no more interference

[Verse 2]
There's a reason I'm not playing all the festivals
I was popping xanax sitting 'round like I'm a vegetable
Mixing shit with alcohol and you get really lit (turn up!)
All I did was watch a lot of movies smoking cigarettes
But now I've gotten sick of it
Already been down that path
Woken up like "shit man, time has gone by that fast?"
And God's like "Yo, how many chances you 'gon need bruh?"
So I'm just going to sit and write until my knuckles bleed, bruh Deviated from the planet, inebriated Libra
Start respecting money, nothing out there going to be free, bruh
Circle my apartment in regret, I slowly linger (f*ck!)
'Cause I've let f*cking millions just fly through my fingers
How many times I got to stick my hands in the fire
To realize I get burned, quickly make a left turn? (shit!)
Time to focus, change the course of my direction
Not dwelling on the past, but I am definitely reflecting

[Verse 3]
Was sober 28 months and fell off the wagon
And when I got back on it, I left one foot dragging
And basically, I've been struggling with it ever since
So many times I've tried to clean my act up but I've never rinsed
Mangling my life up, pretending I can handle it
When I was off the drugs, then I had a problem gambling
People call me out like I didn't give a f*ck about it
Not that I was lying, I just didn't want to talk about it
I know that Dope Sick helped a lot of people out
Now that I had fallen, didn't want to make them feel in doubt
Now let me make this clear, I never went back to the dope
But there was definitely times where I was f*cking with that coke
But I ain't touch that shit in over two years
But started taking xanies, having more than just a few beers
(Who cares?) I do
I'm trying to get my life back, the right track
'Cause demons never really leave, All you can do is fight back
Explain lyrics
Correct lyrics 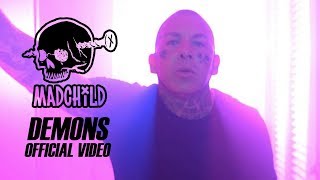