[Jim Valvano speech at the 1993 ESPY Awards:]
Time, time is very precious to me. I don't know how much I have left and I have some things I would like to say. Hopefully at the end I'll have something that will be important to other people too.

[Geologic:]
Stand up, sit down, stand up again
Morse Code sent to God, are you listening?
He must have been too busy fixing other shit
No call, no response shows the opposite
We confess to the man who was faceless
I still do the same but to thousands of strangers
Went through some changes, some said I'm faithless
'Cause I replaced the altar with a basement
I often fought the explanation of where people go when their bodies let go of the soul
Does it just turn cold?
Or do we get judged and told where to go?
And if so, how the f*ck would you know if nobody came back and said I'm telling you, bro?
I could never get past the shit that was spit out the pastor's lips
And the rapper's started making more sense
I guess that's the reason that some people cringe when they kids get a hold of my shit
If the grip of a God is insistent on not questioning if he truly exists
No wonder that I got caught up in the music it filled my spirit to the brim, amen
Motha f*cker

[Macklemore:]
This is my offering card
The only thing I have to offer is bars
The only time I felt like I was talking to God Was in my Walkman walking with Nas
Alright see I be going to Sunday school every week
In the back trying to read, but see that something was off
Maybe it was 'cause I was trying to huddle in the yard
Preacher didn't connect when he would mumble the Psalms
I was in my head and I was bustin' with Pac
Takin' off my wifebeater and getting drunk in the park
After that part, I found God, it wasn't Jesus
Some psilocybin and the ink released him
I began to hold communion every time my music came out the speakers I used it
And it fuled my movement I believed in, voice of reason, just me and my Adidas
And I could achieve it, I put my hand over my heart, pledge allegiance
I solemnly swear by the faith that raised my since Kool Herc dropped the needle
The South Bronx, that's hip-hop's Egypt
The word of our God is manipulated and twisted by the same system
That is infiltrated and falsely interpreted Jesus
One life, one love, one God, It's us, treated your neighbor how you would want to be treated
The universal laws of God, don't look too far it's right here, us human beings
The spirits right here and I don't have to see it
Now every time I want to connect with God I put my headphones on
Then I nod, grab my pen, my pad, let it seep in, in
And that's my process
And God's always watching
Got God in my Walkman
Go ahead and top that 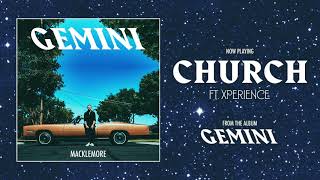