The song "Luka" is written from the point-of-view of an abused child
and tells his story in a subtle and psychologically realistic way, only
hinting at the horrible secret of his life. Some people have also read it to be a song about an abused woman, and although this was not
what Suzanne thought of when she wrote the song, it is certainly also
a valid interpretation. The name "Luka" is indeed taken from a real
person with that name, whose outer character Suzanne borrowed.
There is, however, no reason to believe that Luka was an abused
child in real life. This is what Suzanne said in a Swedish television
special recorded 3 November 1987: "A few years ago, I used to see
this group of children playing in from of my building, and there was
one of them, whose name was Luka, who seemed a little bit distinctive
from the other children. I always remembered his name, and I
always remembered his face, and I didn't know much about him,
but he just seemed set apart from these other children that I would
see playing. And his character is what I based the song "Luka" on.
In the song, the boy Luka is an abused child -- I real life I don't think
he was. I think he was just different." 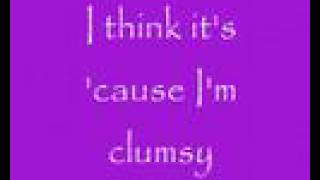