[Verse 1:]
I don't know exactly when it started going downhill
Let's take it back to the days it was about skill
Before it was sweet boys parading as tough geeza's
Educated men naming themselves after drug dealers
When it was a way to vent a mans pain
Before it became a tool for presidential campaigns
Before the 50's, Lil' Wayne's and Rick Ross's
I'm about to show you the essence of what Hip-Hop is
Before it was about street credibility
When it was he's alright but he's better lyrically
Think about the zombies your bad words influence
Before Hip-Hop became an advert for ignorance
Before it became Kamikaze
I'm half Gil Scott-Heron and half Talib Kwelli
You think getting shot makes you the next best thing
For every 50 cent there's at least 50 MF Grimms
And that's grim

[Verse 2:]
I know you think that this is easier But don't believe the flippin' media
Or what you read on Wikipedia
It used to be all for the love
Now pricks are greedier
This business is sicker than an infant with leucemia
I live Hip-Hop, don't disrespect my household
I'm about to kill these rappers sales like internet downloads
We've come a long way from the old timers
Now it's all 360, deals and f*cking ghost writers
Am I controversial 'cause I'm not commercial?
Or 'cause I don't rap like a rapper that wants to hurt you?
Every man's bragging, making anthems with gang-banging
I'm like a man standing, over the Grand Canyon
Hip-Hop broke down barriers like skin tone
Hip-Hop 2008 is selling ring tones
Hip-Hop even had your son dressing up in pink clothes
Is Hip-Hop responsible for your kids soul?
I think so! 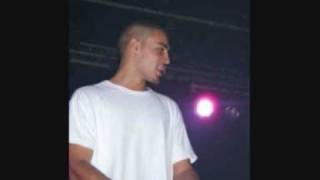 check amazon for The Essence mp3 download
these lyrics are submitted by kaan
browse other artists under L:L2L3L4L5L6L7L8
Record Label(s): 2011 SO Empire
Official lyrics by