[Verse 1]
Broadcasting live from Ice Station Zebra
I break over beats made to blow out your speaker
The Jim Morrison of hip hop nice to meet ya
But where the hell are Ray Manzarek and Robby Krieger
The tricks of the trade get rich and get paid
Launch your career but your flights been delayed
I slaughter ballers, send players to their grave
And I'm takin' out all you bloodsuckers like Blade (aghh!)
I'm from the city that left the Liberty Bell cracked
The Constitution's release party was held at
Matter of fact, tell your crew to get the hell back
Or I'ma eat these cats like at alien from Mel Mac (hah!)
To all my backpackers, mallrats and slackers
Cyber trackers, players, poets and actors
You wanna know what it's like to be down with my team?
Like the Centurians, "now we're extreme!"

[Verse 2]
(Hmm) I've got a suspicious intuition
A new day is dawning, so come on and get with it
Find a more tactical, practical position
For these emcees who try to sabotage the mission
While some lay it down I carry the sound with me
I might play the ground and study who's down with me
In order for this joint right here to sound gritty
We did pre-production in an underground city (yes!)
Wearing post apocalyptic underground gear
'Cause we haven't seen natural sunlight in twelve years
I gotta sound astronauts can't wait to hear
So I speak loud enough to reach Space Station Mir We can take it there in fact, I might order ya
The direction of rap has gotten cornier
It's time to replace the pain with euphoria
Make the crowd jump high like Masai Warriors
I kick back, relax, unwind my true nature
Catch wreck like James Bond in Moonraker
Whether flora, fauna, marsupial or mammalia
Test the Last Emp and end up a complete failure

[Verse 3]
Echo Leader One I'm goin' in cover me
So we can make the world bounce like it's rubbery
I got ivy league college lovin' me
Every rhyme I write is like assignment discovery
Let me take a few seconds in order to relish
The good vibrations from the moment that I felt it
I knew I'd break mics that are well bolted and welded
'Cause I'm hard like takin' off the Juggernaut's helmet (Hooah!)
I may not be the most muscular of men
But my songs are strong with the power to pretend
My job to defend against any man who enters
The stage that I call my urban command center
I made it consolidated, with just four bars
Place your bets and get out your score card
My mother always told me to reach for the stars
Now I got the first black owned business on Mars
From lasers and photons to dragons and giants (yeah)
The Ackbar, the Dogon, the Aztecs, the Mayans (yeah)
If obedience is just as old as defiance
Be an Echo Leader for this Rebel Alliance! 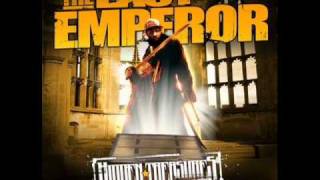