Friday night's the perfect night to mow some neighbor's lawn
And Dave is drunk and at the helm before too long
And Chris will gladly ride shotgun, 'cause navigating seems like fun
Drunk and out of gas, they drive around and crash

They're driving through your yard, there's nothing you can do
Dave's behind the wheel, and he's had more than just a few
Suburban families slumber in civility
Awakened to the sights and sounds of the yard they're blowing down in their
Death machine

Dave's a midnight landscaper, and he's working overtime
And he is full throttle--full throttle tonight. (Alright!)
He was almost home, just one more block, he had to hit that last mailbox Dumped it in a ditch, ain't that a bitch? (Stoking the neighbors!)

Came time to run, came time to bail
He was having too much fun to spend the night in jail
He had no "Triple A" for a tow truck
Called them anyway: Goleta, hear them say, "Hey pal, you're f*cked!"

Dave's a decent guy, like most of us, until he drinks
And then his liquid mind takes over how he thinks
And then all that matters is having fun, pulling off the next beer run
On one too many nights, the party's over

He's driving through your yard, there's nothing you can do
Dave's behind the wheel, and he's had more than one or two
Suburban families slumber in civility
Awakened to the aftermath: the neighbors have been stoked... 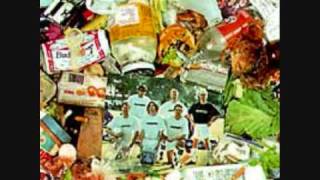