[KRS-One]
Okay now, listen to this..
{*sound effect: seagulls*}
A mystical teacher sat by the seaside
It was about five o'clock cause we heard the free ride
Anyway; the teacher was talking in stride
sitting upon a rock that was wide
and warning against false pride
"Come to where I reside!" a woman cried
and the teacher replied, "Do you serve your fish fried?"
"Yes," she replied, "with potato salad on the side."
And the teacher replied, "Well where do you reside?"
She said, "Up on the hillside, it's not a far ride.
If you came to have dinner, I would be so gratified."
The teacher replied, "It's six o'clock, seven o'clock, you decide."
She replied, "Seven o'clock, do you like stir-fried?"
She was mystified and felt so dignified
The teacher was coming to the house where she resides
So she purified with pesticides
{*sound effect: chemicals sprayed*}
Called her friends up nationwide
{*sound effect: phone being dialed*}
Some of her friends were tongue-tied they felt so glorified
She made steamed fish, baked fish, fish that was fried
Soup, steamed vegetables, potato salad on the side
{*sound effect: food cooking*}
You could smell the bread in the oven far and wide
Natural juices and water purified
Organic fruits brought from the countryside
with silver forks and knives placed side by side
{*sound effect: silverware clinks*}
You could not be dissatisfied;
looking out the window staring at the mountainside,
you would have died
6:59 she's swollen with pride
As the moment intensified, there's a knock from outside
{*sound effect: door knocking*} She opens the door, for the teacher has arrived
{*sound effect: door creaks open*}
But to her surprise, it was a bum who cried
"Please, I smelt the bread from outside!
One piece," and then she replied
"The teacher is coming, he's soon to have arrived.
You're making me look bad, come on now, step aside!"
The bum then replied,
"When I say I'm hungry I haven't lied.
Give me some of that chicken that you just fried."
{*sound effect: food cooking*}
She replied, "Chicken - fried?
No that's for the teacher, you're not purified"
Then she slammed the door and went back inside
{*sound effect: door closes*}
Sat on the couch with the TV Guide
She looked at the clock, it was 7:09, then 7:30;
he still hasn't arrived
Eight o'clock, she's on the downside
Nine o'clock, by now she's teary-eyed
She's pissed off and her anger multiplied
She cried, then fell asleep dissatisfied
Next day she woke up, and was preoccupied
with meeting the mystical teacher who lied
Where could he hide?
She ran down by the seaside
{*sound effect: seagulls*}
He was there teaching about - false pride
"You lied!" she replied, "You lied!
You said you'd be there at seven o'clock, you lied!"
He replied, "No I have not lied.
I came at 6:59, and you told me to move aside.
I asked for bread and the chicken that was fried.
{*sound effect: food cooking*}
And you said, that I wasn't purified."
She replied, "I wasn't notified!
I had no idea that you was the bum that cried!"
And the teacher sighed, then replied,
"This concludes our lesson on false pride."
Explain lyrics
Correct lyrics 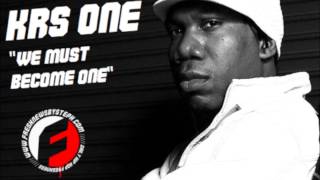