[KRS-One]
Open a de herb gate sellin pure ganja
Babylon come but they undercova
They never really want me stop sell ganja
(They just wanna take a cut of what you make so far!)
But I'm not havin it, I load the SLR
Pack the ganja BOOM! They break down the door
Pop-pop! T'ree shots, exchanged at close range
Out of three Babylon, me hit one in the brain
Pop-pop! Two shots hit da window pane
I exchanged four shots, I drop and feel pain
but I'm not hit, into the bathroom I crawl
I look out the window, it's a one story fall
I'm fallin, hit the ground and start crawlin
Soon I'm walkin 'round, blendin in with the crowd
Another day, I got away, I gotta fix this problem someday
But the very next day...

[Chorus: repeat 2X]
Can't stop, won't stop - sellin mad izm
All comeptition - I gots to get wit 'em
Me nah go jail and me nah go prison
(Take it to his face kid, diss him!)

[KRS-One]
I'm in another herb gate like a superstar
Eleven A.M., things are safe so far
I used to worry 'bout the competition on the block
But now the competition on the block is the cops
And even block watch doesn't know where we lay
Well.. ("Open up! It's the D.E.A.!")
Aww man, just when I went for more lead
The door opens up, I got a glock to my forehead
("Get down! Get on the floor!") I felt the stick, I thought I was dead
But I woke up instead in a cell layin on my bed
I lay back down, then I heard the crack sound
Two D.T.'s came in and laid they glocks down
One was whistlin a love song, as he put some gloves on
I thought to myself, damn something's wrong
Boom bap! Boom ba,p against my head
I fell back on the bed, down to his feet
The pain was insane but the hit was sweet
Cause these dumb-ass cops punched me right by the heat
The glock, two shots, three shots they screamin
Then someone said... ("Hey wake up kid, you're dreamin!")
I said, "Yo dreamin?! That nightmare was hell" But as I look around, I was still in my cell
Damn, I got myself caught up in a jam
The D.T. that woke me up was like, WHAT?!
I wiped the saliva, off my mouth
The D.T. said.. ("Let's make a deal") No doubt!
No question, now we started up the session
No need for guessin, yes they want my supplier
I said, what makes you think there's anyone higher?
He said.. ("Don't be a God damned liar!")
You killed three D.T.'s yesterday, you heard me
But still the cops you knocked off yea was dirty
Now the whole investigation is federal
We want you to point out, the rest of the cops that are criminal
He continued to say, you can't think it through
This whole drug game is BIGGER than you!
Follow our plan man and you'll be free
Let me explain one thing so you can see, we

[KRS-One]
Now I'm back in the herb gate, all wired up
Constantly thinkin about bein tied up
Snap out of it - I'm thinkin, "Damn we like elves!
The federal and local cops got wars with themselves;
and I'm in the middle, and can't solve the riddle.
My nose is runny.." {*knock at door*} ("Let me get a 20!")
A 20 of the green or a 20 of the brown?
("Gimme the whole pound, clown, or duck down!") {*gunfire*}
God damn, God damn, here we go again
But this time I'm set up by my federal friend
Suddenly I hear.. ("Yo, move from the door!") {*two shots*}
Followed by the shot sounded like a four-four {*two shots*}
After the violence, then there was silence
Then I heard.. ("Hey yo it's us, open up the door!")
But rule number one in this game is self-reliance
So I pickd up the mini-mac in case they wanted more
The door opened up, the feds said WHATTUP?
They was stickin you up, so they had to get bucked
Suddenly a sense of trust came over me
I thought to myself, "Well soon I'll be free!"
But as I turned around, I heard the gun go click {*clik-clak*}
I said wait, but it was too late - {*GUNSHOT*}
Explain lyrics
Correct lyrics 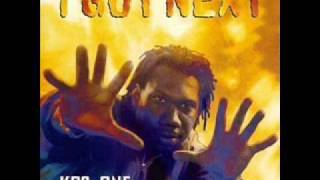