[KRS-One]
I'm like Noah, I'm takin 'em, two by two
I took, them and them and I'll take, you and you
Be I'm right or be I'm wrong
You'll see I'm tight with this mic, you should be like, "B I'm gone"
But you still in my face Neo, I'm not your girl
All that ice and thug life, that's not my world
I'm the teacher, but you still can't see
cause while you respect Tupac, Tupac respected me
Another thing; don't ever show me another ring
Remember you Rudy Ray Moore, I'm Martin Luther King
Everything you bring sounds horrendous
You need repentance, 'fore I take attendance 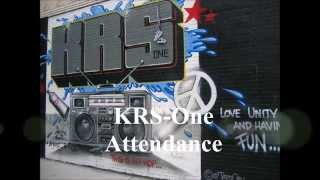