My forefathers are buildings in the sand
They left a thousand ruins across the land
I love them deep like salt, they feel bitter on my skin
I believe in pleasure, they believe in sin

In their castles, unaware of time
They are standing still like statues moist with slime
Melodies of gardens, memories of war
I can't hear their voices anymore

Listen to the crying in the streets
All the lonely people that you meet
Children of the change, caught like rats in a trap
But the little ones are dancing to the Duco Box Rap

We were victims of the struggle, and victims of
apartheid
But we've got to reach the sun before it gets too late
We're crazy with belief, we are mad with disgrace
for we bore the brute disdain of the whole human race

Song For Harry or Harry's Song

There's a blonde woman standing in the shade
I've got a friend called Harry who thinks he's got it
made
I know the joker's up your sleeve, they're taking
trains to everywhere
I've been so hungry for your lies, Harry are you there?

There's a late night rambler drowning in a beer
The prostitutes in Cuba charge service fees for wear
and tear
The loneliness of love, the bitterness of yesteryear
I'm desperate to be a nobody, Harry, Harry take me
there

I've been living in the shadows of addiction and
despair
But I've got a friend called Harry. Harry are you
there?
And do you really care?

One more Summer on the beach, one more Winter in the
can
Standing on the street-corner feeling like a man
But Harry's always restless. Harry wants his share
I'm running from him daily. Harry, Harry it's not fair

I've been living in the shadows of addiction and
despair
But I've got a friend called Harry. Harry are you
there?
And do you really care?

Everybody knows him, he's got contacts everywhere
It's no use getting married, or moving to John Foster's
Square
He's the friend of crooks and lepers, and the enemy of
fresh air
Nowhere to go, no deal to cut if Harry's is not there

I've been living in the shadows of addiction and
despair
But I had a friend called Harry. Harry are you there?
And you don't really care? 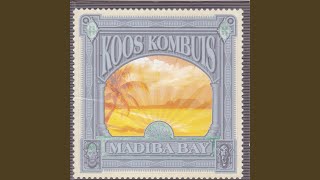