Who Be The Real Lyrics

Who Be The Real Lyrics


[Knightowl: Talkin]
I'm back [laughing]
Knightowl and Frost comin at em for the 9 - 7.
Slashin our way through
Been doin the shit you muthaf*ckas couldn't do
So f*ck You

Come step my way and get smacked
I be that fool leaving your muthaf*ckin head cracked
You'll never be able to deal with this lunatic
Cause when I'm strollin my shit I'm unloadin
You'll go inside of a bag when you mess with that unbelievable
Unconceivable lyrical thugs
Crossed the mind of the baddest
The roughest, I be the toughest, you can't stop this
The shit I speak puts em all in a state of panic
Nobody's better than the man do you understand
You might try, but you'll die
Gaspin for breath I'm the one that'll lead that ass to death
Knightowl's blowin up the city, 6 to the 1
9 to the spine when I rhyme
Get the f*ck out the way
No delay when I'm comin through
Cross my path and take lead from a 22

[Chorus 1: Knightowl]
Who Be The Real,
The Knightowl you know it,
Who be the fake,
Them fools tryin to bust a (..?..)
Who wants to try,
Them punks that must wanna die.
Die muthaf*cka, die muthaf*cka die,

[Chorus 2: Frost]
Who Be The Real,
It's the Frost you know it,
Who be the fake,
Them fools tryin to bust a (..?..)
Who wants to try,
Them punks that must wanna die.
Die muthaf*cka, die muthaf*cka, die,

[Frost]
My nutz hang so low you would think I was sixty
Chamber full, trigger finger itchy
Don't trust that vato I heard that he's snitchy
Don't trust that women like the evil cause she's witchy
Now everybody beware there's a killer shootin vatos up
And grabbin bitches by the hair I see Him in my dreams He gives me scare
I see Him in the mirror, He gives me a cold stare
It say put em to sleep but I can't stand needles
So once again I'm on the creep through the smog
Like a sick dog, with my mouth on it
It's like part three daily owned and growlin
Through your hood like I was homeless
Little did you know that I got the chrome
Yes to your chest
Cause that's what you've been wantin
You got no battle so I guess you be frontin

[Knightowl]
Fools I be smoking when they be provoking
Try to mess around and get a bullet in your dome
Everybody knows, that I be pimpin hoes
Knightowl'll be the one to put the tags on your toes
I'm the one with the gun
So run when I blast
Or you will be another mutherf*cker in the past
I'm the man with the plan
You best get away if your ass wants to live another day

[Frost]
The set you claim is weak as f*ck you best duck
My bullets got your name so feel the pain
When the chrome speaks, fools like you collapse
Dirt naps to the weak, so don't speak
Cause I'm comin at em, lead be at em
Let me show you how to buck em, f*ck em
When they wanna rumble
They all crumble enemies all get dropped just like a fumble
Those that got my back know what I'm all about
The West Coast gotta rock, I won't stop
So everybody in the house
Wave it around throw that set up and see the way I wet em
Them muthaf*ckas tried to get crazy
You couldn't pass me so you wanted to blast me
Tuck that tail between your muthaf*ckin legs bitch
Or be the next fool I dump in a ditch. 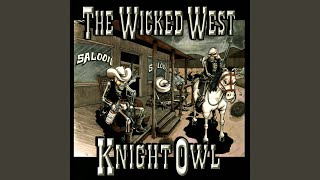 check amazon for Who Be The Real mp3 download
these lyrics are submitted by kaan
browse other artists under K:K2K3K4K5