[Intro: Bayzoo & King Von]
Ay King Von, wassup gang?
You already know how we comin' man
Whatchu on broski? We finna t the streets up, on Tooka soul
Shout out GetBackGang man, them GetBacks
You know what the f*ck goin' on, that's us dummy

[Verse 1: Bayzoo]
Beat the body, now the trenches call me Rocky
Shout out them members, them my motherf*ckin' partners
We goin' highspeed, ain't no f*ckin' pullin' over
Pull up on 55th, we catch and scan and poke 'em

[Verse 2: King Von]
O'Boy, what the f*ck I'm known for?
Caught a body, beat that body, catch some more
Lil savage in me ain't never f*ckin' goin'
Mask up, they can't tell who f*ckin' scorin'

[Verse 3: Bayzoo]
I know I beat it when they took away my bond
The opps be tweakin' when they see me, they just run
Get off the dot we slide the city with them drums Lay in the cut and we pop out when they come

[Verse 4: King Von]
See I'm still blastin' ain't no passes, bullets ever last
You want that smoke then you can have it, I ain't never stingy
We keep them Glizzies, ain't no Hi-Points 'cause they always jammin'
The opps be friendly, they some groupies, them lil niggas fannin'

[Verse 5: Bayzoo]
Rest in peace to Chino Dolla, do hits in Impalas
If we spot 'em, then we got 'em, he won't see tomorrow
Why he talkin' out his neck like FoeSix ain't a problem
You talk to opps, we do you dirty, ain't no feelin' sorry

[Verse 6: King Von]
King Von, take Duke on a hit, he like King Kong
Draco shells, I was sellin' dope, I got three phones
Street nigga, I been off the drugs, they took t home
SnitchK, I just talked to DeDe, he gon' be home, gang! (gang) 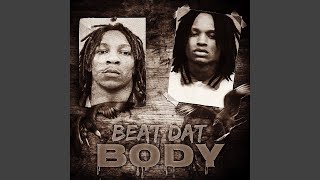