King Tee's drunk again, yo, check this out, aww shit, aw shit
I wanna dedicate this song to all them motherf*ckers out there
That, that, that perpentratin', perpetratin', perpin'tratin', wait, rewind
(Eh but yo, King Tee, man, what is this? What is this?)

Some cool shit for the King's anthology
And when I'm done, don't expect no apology
Stupid motherf*ckers shoulda stepped when I warned 'em
I'm from the Boondocks of Compton, California

I'm just anxious to whoop some ass
I went to high school, but I flunked every class
So what makes you think I give a f*ck about respect?
I'll put your bitch in check and I'll bet

You won't run up, son of a punk and a bitch, too
I shoulda did a drive by on you and your crew
'Cuz y'all be poppin' some shit that's unheard of
For you, what's the word? Uh, it's murder, son

And yo, we got my homeboy Ice Cube
In the house from the motherf*ckin'
Lench Mob, what's up, nigger? And yo Ice Cube
I heard you're a singer now, man, what's up? Yo, yo

And watch that eye get swollen
'Cuz I'm playin' punk niggas like Beethoven
So bust a cap or swing and die
f*ck Yul Brynner, it's still The King and I

Cuz where I'm from the sun don't shine
So one time hope I only bust one rhyme
But I bust one more for the suckers
Last year I was Ruthless, now I'm Lenchin' mothaf*ckers

And you'll see in a tree, MCs and crews
Now they're lookin' for me, King Tee, and Pooh
Now every nigga that crossed me's soprano
'Cuz I played their ass like a f*ckin' piano

Yo, check this out, we got my homeboy Breeze in the motherf*ckin' house from the L.A. Posse
And he got some shit to holler
Come on, man, bust this shit

Well, I'm-a take the mic like it was a jack move
Run with the beat as long as the track moves
Hot as lava, organized like a seminar
Serve you, your crew, him

And them and a couple of rap-saps who think they can get butt
You slipped and shit, so nitwit, just get the nuts
Stealin' your high hopes, watchin' you write notes
Better walk a chalk line, not f*ckin' a tightrope

Rap slicker, thicker, quicker than others, then I stop swift
Shift from 1st to 5th, while you stop to shoplift
Take the mic stand whenever the duty calls
If I bust a nut for every rhyme I had, I'd get blue balls

Serious as drama, I'm-a watch her say, "Me too
You're shorter than Michu, your rhymes are see-through
You're nothin' like GQ, transparent, I made it apparent
I'm here to wax and tax the incoherent

'Cuz B R E E Z E will easily remain to be-e a top MC
When you see me, I wear a beanie, and not a Kangol
Now you got played, like a f*ckin' piano

This is just a sample of three black Nigroes
Who grew up in the heart of the ghetto
Doin' what we had to just to make ends meet
Some steal for a livin', some stand on the street, just slang

Some gang-bang, but big deal
They say in Compton, you gotta kill or get killed
Mothaf*ckin' police pull ya over, slam ya down
Then tell ya that your hood is their town

And I ain't goin' for no shit like that
Cuff me up, take me to jail, I'll come back
Talkin' much shit, 'cuz I talk what the f*ck I feel
A few weeks in the county ain't no big deal

So a punk like you can't f*ck with me
That big ballin'ass nigga named King Tee
You think ya can? I don't think that you can, though
Peace to Ice Cube and Breeze and the f*ckin' piano
Explain lyrics
Correct lyrics 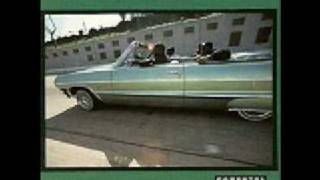